Why Paragliding in Kyrgyzstan Should be on Your Bucket List 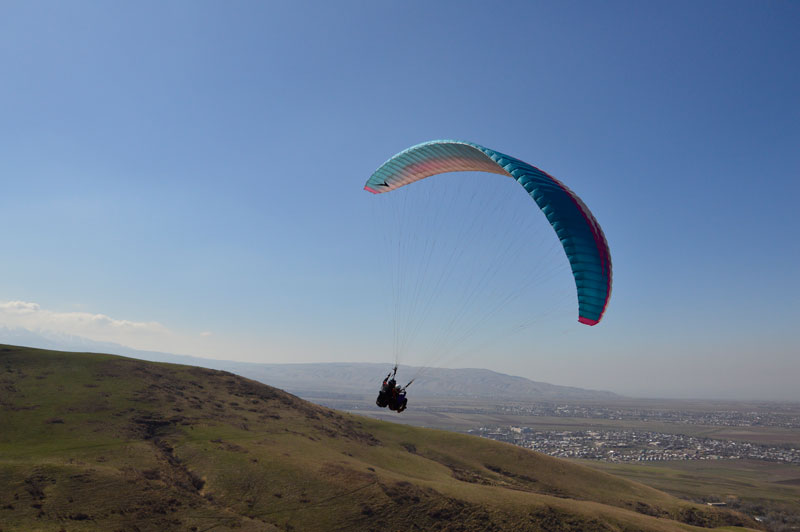 Not many people know it, but Kyrgyzstan, a small country tucked away in Central Asia, is a goldmine of potential for outdoor enthusiasts and extreme sport lovers.  It’s bordered by China, Kazakhstan, Tajikistan, and Uzbekistan and is saturated with natural beauty and wilderness expanses.  Travelers that come to Kyrgyzstan usually see the country via bike, jeep, horseback, or walking.  However, if you’re looking for a more adventurous experience, try solo or tandem paragliding in Kyrgyzstan.

NOT FAMILIAR WITH PARAGLIDING?

Paragliding is similar to hang gliding in that the pilot is suspended from a canopy/wing framework and controls their direction of flight without a motor.  Paragliding involves a “wing” 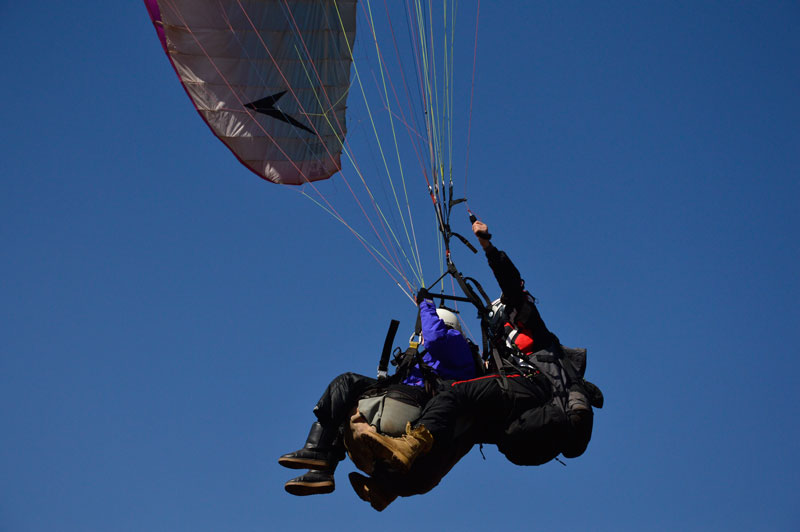 that has a span of 8-12 meters (26-39 ft) made of 2 layers of fabric held together by an internal structure that allows air to flow into the wing and give it its aerodynamic shape. A web of suspension lines links the pilot to the wing, who hangs securely in a harness.

Two brakes are held in and controlled by the pilot’s hands.  There’s also a “speed bar” which the pilot controls with their foot to adjust the wing’s angle, allowing the pilot to accelerate/decelerate.  The pilot can also change their flight direction by weight shifting. 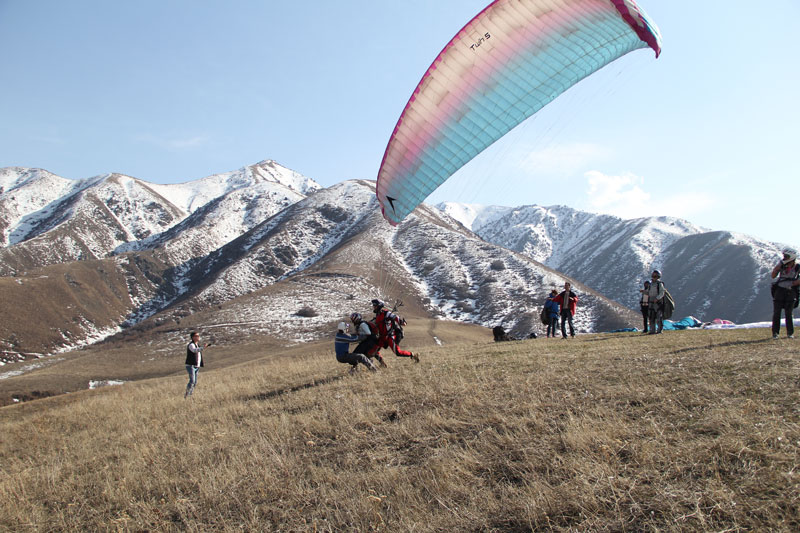 WHY PARAGLIDE IN KYRGYZSTAN?

WEATHER: Kyrgyzstan’s climate is continental, so summers are hot and winters are cold.  However, it’s often clear and has an average of about 245 sunny days a year with very little rainfall, perfect for gliding through the sky.

THE SETTING: Kyrgyzstan is gorgeous; ninety percent of Kyrgyzstan is rippled with steep, snowcapped mountains.  Two famous mountain ranges run through Kyrgyzstan: the Pamir and the Tien Shan Mountains.  The Tien Shan mountain range covers more territory than the Pamir and is famous for the celestial looking clouds that frost its peaks.  Since it’s essential to have heights available for 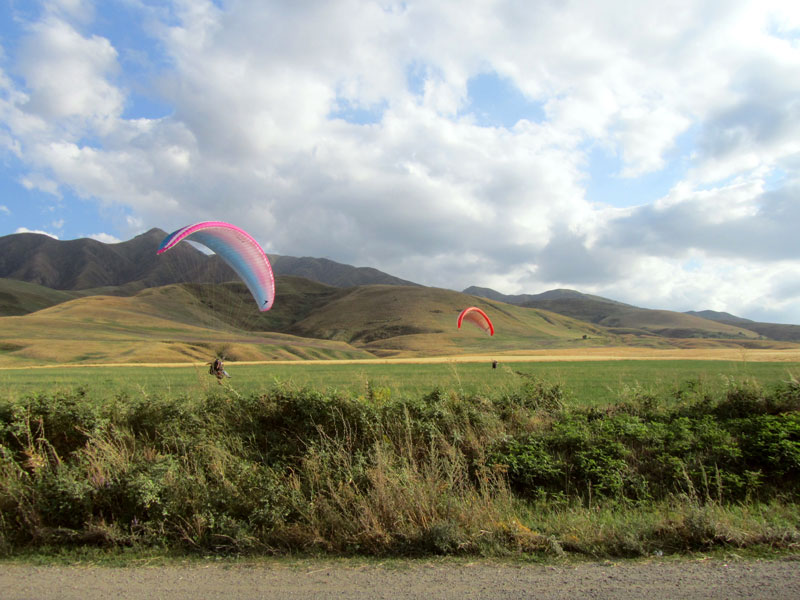 Kyrgyzstan also boasts nearly 2,000 lakes, one of them being the second largest alpine lake in the world, Lake Issyk Kul, along with thousands of rivers, canyons, glaciers, hot springs, and green mountain pastures covered in wildflowers come springtime.  Touring Kyrgyzstan’s skies, its natural beauty will take your breath away.

EASY ACCESS: To help promote tourism in Kyrgyzstan, the government recently started giving out free 60 day tourist visas to members of 44 countries, including the USA, Canada, and most of the European Union.  Of all the countries in Central Asia, Kyrgyzstan is the one with the easiest access for travelers.

So if you’re looking for your next adventure, consider paragliding in the Kyrgyz Republic.  It’s more exciting than trekking but less threatening than jumping out of a plane to go sky diving.  It also lets you absorb more scenery and gives the term “independent travel” whole new meaning.  Try it for yourself and gain an experience that is life-changing in a country that is unforgettable.

From
$2180
The tour price is 2180 USD. The price doesn't depend on the amount of people in a group. The tour will be fulfilled even if only one person buy it.
More info
11 days

From
$2720
The tour price is 2720 USD. The price doesn't depend on the amount of people in a group. The tour will be fulfilled even if only one person buy it.
More info
1 day

Bishkek is Kyrgyzstan’s capital city, located in the Chuy Valley to the north of the country. It’s also by far the largest city in Kyrgyzstan silk road with a population of over 1 million. S ...