Where to go from Tbilisi? 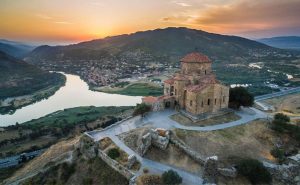 In ancient times, the capital center of Georgia was the settlement of Mtskheta. Currently, it is a holy place for local people, where numerous sacred places and cult buildings are concentrated. In all Georgia there is no such settlement where would be so many shrines and memorable constructions. Pilgrims and tour groups from all corners of the world annually come to visit the sacred places which is considered as the “Second Jerusalem”. The greatest value to the city is Svetitskhoveli Cathedral and Jvari monastery. 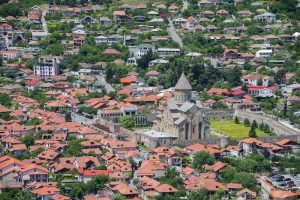 In the fifth century before the new era was created the oldest Georgian settlement. According to local legends, its founder was Mtskhetos, later the name of whose was given to the region. A hundred years after the foundation of the new settlement, it was chosen as the capital center of the Kingdom of Kartli. This period is marked by economic growth and development of the region. However, the Golden age ended at the the fifth century AD, when the state rulers decided to move the capital to Tbilisi.

The oldest monastery of Jvari is located on a mountain peak in the interval between the river channels of Aragva and Kura. Today the building is ranked among the architectural monuments of Georgia. Its name in 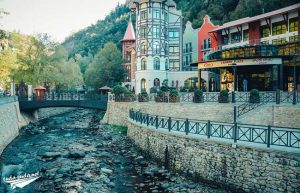 translation from Georgian language, means “Cross”. In the fourth century on the mountain of St. Nino was erected a wooden cross, which became a symbol of Christianity, which defeated paganism. According to the existing legends, hovering around this memorable place, the established Christian sign could heal from various diseases. Faith in his miraculous power attracted pilgrims from all over the world. Mtskheta is located twenty kilometers from Tbilisi. From the capital it is easy to get the taxi, which departs from the Central bus station. The journey takes only twenty-five minutes. Also, there is an option to get on the trains from Batumi, Zugdidi and Poti. 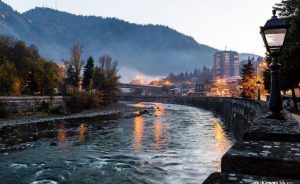 Borjomi is the most famous resort far beyond the borders of Georgia, famous for its mineral waters and mild climate. It is a balneological and climatic resort. Located in the gorge, on the banks of the rivers Kura, Borjomuly and Gujareti at an altitude of 900 m above sea level, Borjomi has a mild moderately humid mid-mountain climate, contributing to recovery in many diseases. The main therapeutic of the resort is the unique mineral water. Water from the sources of the Borjomi valley belong to the class of hydrocarbonate-sodium carbonic acid with natural mineralization. The healing properties of Borjomi water are manifested primarily in respect of diseases of the gastrointestinal tract. Due to its chemical composition, it is a natural buffer solution, showing pronounced antacid properties, that is, it has the ability to reduce acidity.  In this regard, Borjomi mineral water is more effective than many drugs used in gastritis, duodenitis, pancreatitis, gastric ulcer and duodenal ulcer, liver and gallbladder diseases, as well as other diseases of the digestive tract.

Depending on the mode of use, water temperature, gas content, it has a multidirectional effect on the stomach and intestines – in some cases, it helps to reduce the production of acid, and in others, on the contrary, stimulates. That is why the treatment with Borjomi mineral water should only take place under the supervision of a doctor. Furthermore, The slopes of the Wakhan and Dreamscope ridges are covered with coniferous-deciduous forests, saturating the air with volatile production. Clean air is maintained due to the weak mountain-valley winds, providing ventilation of the gorge. Walks along mountain trails of varying degrees of complexity, including a visit to the Sadger forest Park-a wide plateau, overgrown with ancient trees-contribute to the activation of mechanisms of recovery in nervous diseases, diseases of the respiratory tract, help to strengthen the immune system.