Weather in Kyrgyzstan: What’s the Climate Like & How Do I Pack? 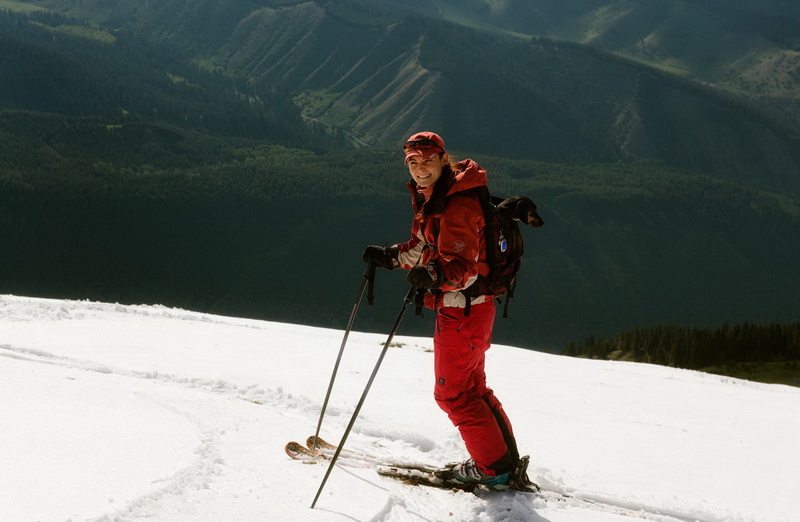 Kyrgyzstan is so packed with mountains that it seems the country can barely contain them.  The Tien Shan “Heavenly” Mountains cascade and crest over the majority of the landscape; ninety percent of Kyrgyzstan is mountainous, 85% sits at over 1,000 meters and 40% at over 3,000 meters.  There are hundreds and hundreds of alpine lakes, even more rivers, fertile valleys and desolate glaciers.  Due to the huge variety in elevation and terrain in this landlocked Central Asian country, the climate in Kyrgyzstan also reflects a great range of diversity. 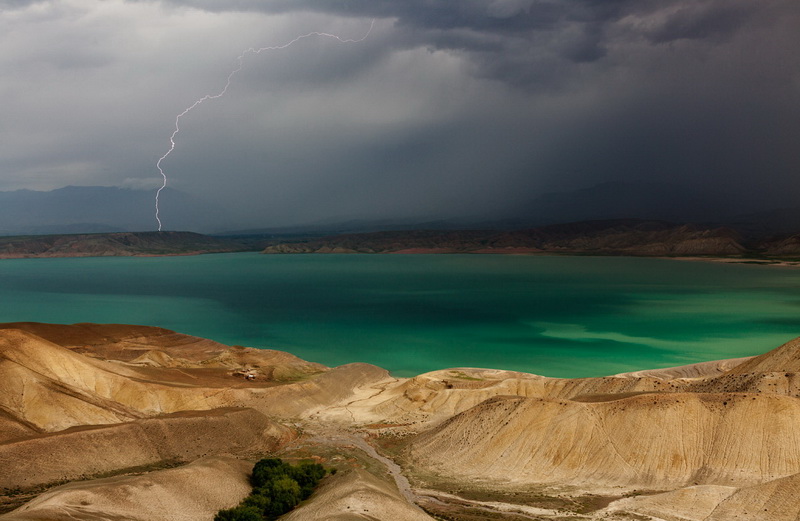 First of all, seasons have different lengths in Kyrgyzstan.  Spring can extend from March – May, summer from May – September, autumn from September to December sometimes, and winter from December – February.

The best way to describe the overall climate of Kyrgyzstan is continental.  Summers are hot, winters are cold. However, this should be taken with a grain of salt. At lower elevations, summers can get pretty steamy, but at higher elevations, summer heat isn’t as big of a problem.  Even in the hottest summers, nights spent at higher elevations get downright cold.  In the same way, winters at lower elevations are much more bearable.  For example, in the Fergana Valley in the south, weather in Kyrgyzstan is practically subtropical and isn’t as burdened with the cold climate Kyrgyzstan sees in the north. 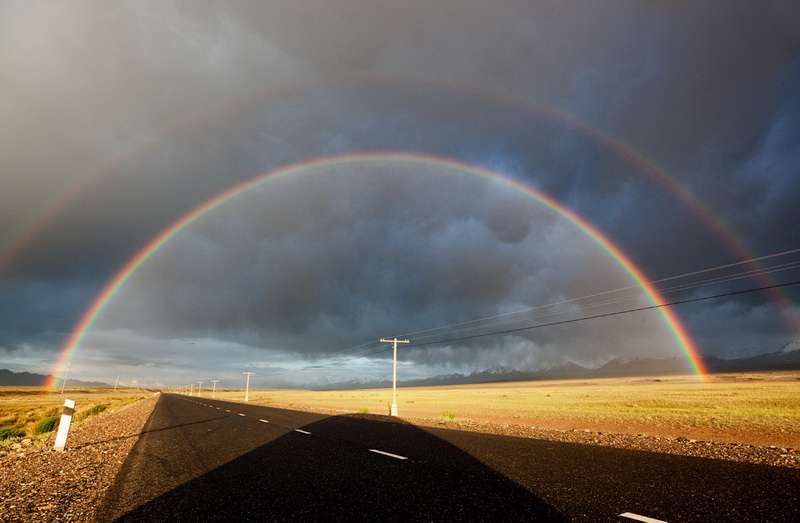 Most lakes and rivers are glacier-fed in Kyrgyzstan, making it the greenest Central Asian country, but it doesn’t actually see a lot of rainfall.  Travelers can expect to see more rain in April, May, June, October, and November.  Even then, downpours are infrequent.  Winter brings heavy snowfall to the delight of many skiers and snowboarders and some mountain passes stay snowed in until June.  Interestingly though, Kyrgyzstan averages about 245 sunny days a year, making even the winter skies bright and cheery. 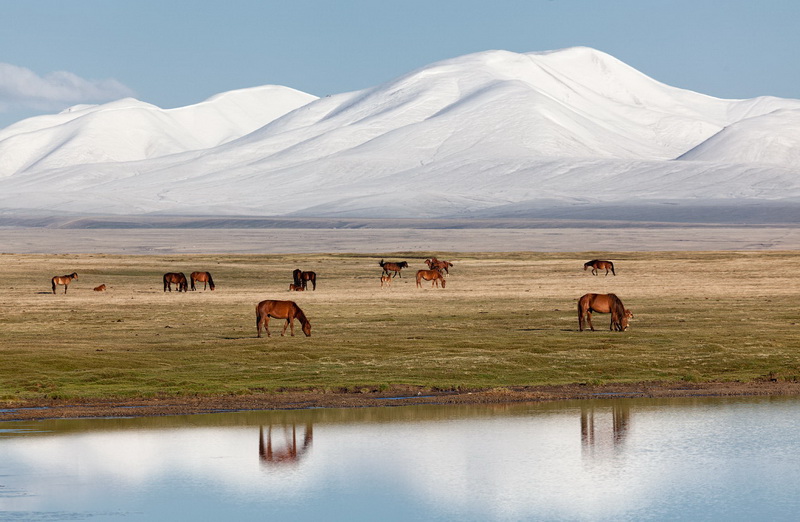 WHAT CLOTHING SHOULD YOU BRING WITH YOU TO KYRGYZSTAN?

While you’re in Kyrgyzstan clothing choice will be dependent on the areas you plan to visit.  If you’re coming from the international airport, Manas, Kyrgyzstan weather will seem to follow the rules for continental climates in the surrounding area.  Summer travelers that plan to hang around Bishkek and the Lake Issyk Kul area can bring mainly summer clothing with a recommended 1-2 cold warm outfits for chillier night temperatures.  Summer travelers that plan on traipsing up in the high mountain 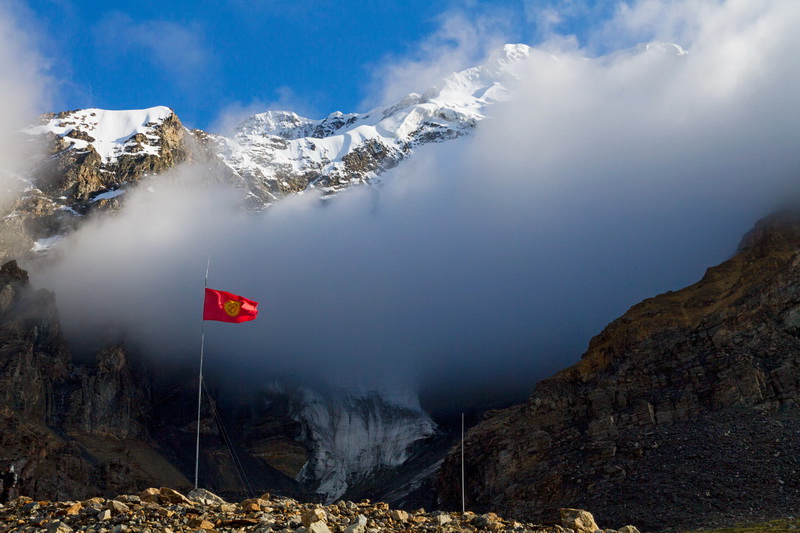 elevations of for example, the province of Naryn, should be prepared with cold weather clothing for nighttime temperatures that can hover around or below freezing.  During the day, however, summer temperatures in the mountains can be quite comfortable.   Just remember that in the mountains in Kyrgyzstan hats are a good item to have as sunburn is quick to acquire at higher elevations.

Spring and autumn travelers are recommended to bring jackets and jeans for lower elevations and winter clothing for the higher elevations.  If you’re a winter traveler, pack expecting lots of cold and snow.

WHEN IT COMES DOWN TO IT

In the end, if you find yourself going to an area that you don’t have appropriate clothing for, don’t worry.  There are plenty of bazaars around the country where you can procure any clothing items you might need and as a bonus, get a great cultural experience.  People are friendly and will help you find what you need.   Just sit back, relax, and enjoy the diversity and beauty of Kyrgyzstan.

From
$2550
The price depends on a group size. The price 2550 USD per person is available for groups of 4 people.
More info
8 days

From
$1150
The price depends on a group size. The price 1150 USD per person is available for groups of 4 people.
More info
9 days

From
$1550
The price depends on a group size. The price 1550 USD per person is available for groups of 4 people.
More info
21 days

From
$2180
The tour price is 2180 USD. The price doesn't depend on the amount of people in a group. The tour will be fulfilled even if only one person buy it.
More info
7 days

From
$2120
The tour price is 2120 USD. The price doesn't depend on the amount of people in a group. The tour will be fulfilled even if only one person buy it.
More info
Login
Signup
Forgot password?