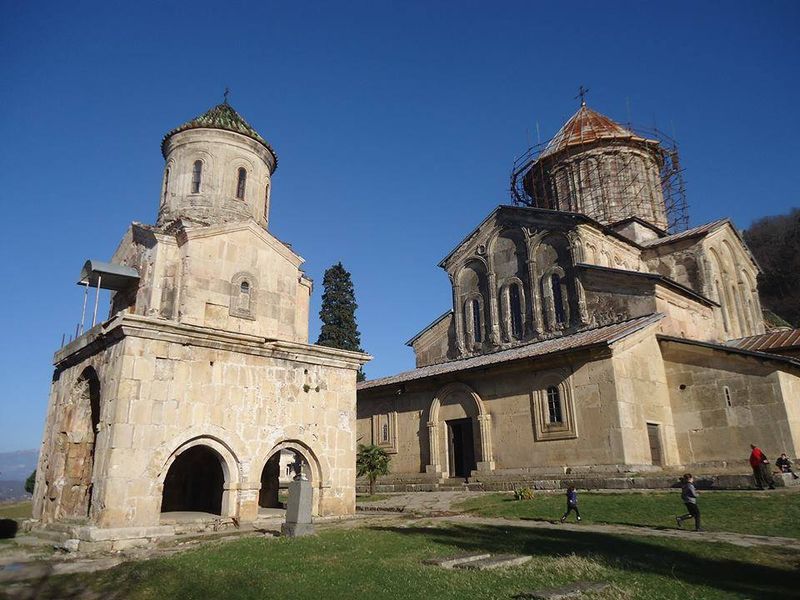 In your Georgia travel plan you should definitely include such a sunny and historical place as Kutaisi health resort. Like many other southern Caucasus cities, Kutaisi, from time to time suffered from the raids of the Seljuk Turks, care of czarist Russia and the transformation of the Soviet era. Nevertheless, it is such a rich history of the city allowed him to become one of the most controversial places of modernity.

On the one hand, the city is full of monuments of historic architecture, ancient monasteries, temples and the richest archaeological museums and other sites under the protection of UNESCO. On the other hand, Kutaisi was and remains a developed industrial city. 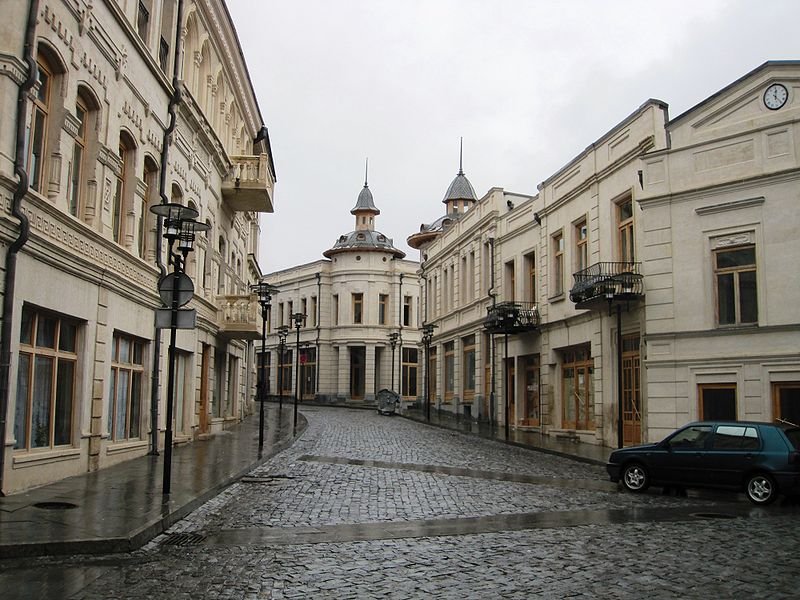 The best time to visit the health resort – summer months when the air is heated to a comfortable temperature. As winter in this region of Georgia is quite cold, as the thermometer drops to -17 Celsius degrees.

Hotels. For tourists Kutaisi offers a number of hotels and hostels, which are significantly different in price from each other. However, the most expensive room costs per night not more than hundred dollars per person, and the cheapest accommodation in the local hostel costs not more than ten dollars.

Almost all hotels and hostels offer included in the room price wireless Internet access, parking for guests, luggage storage and other useful service. The comparatively expensive hotels practice to 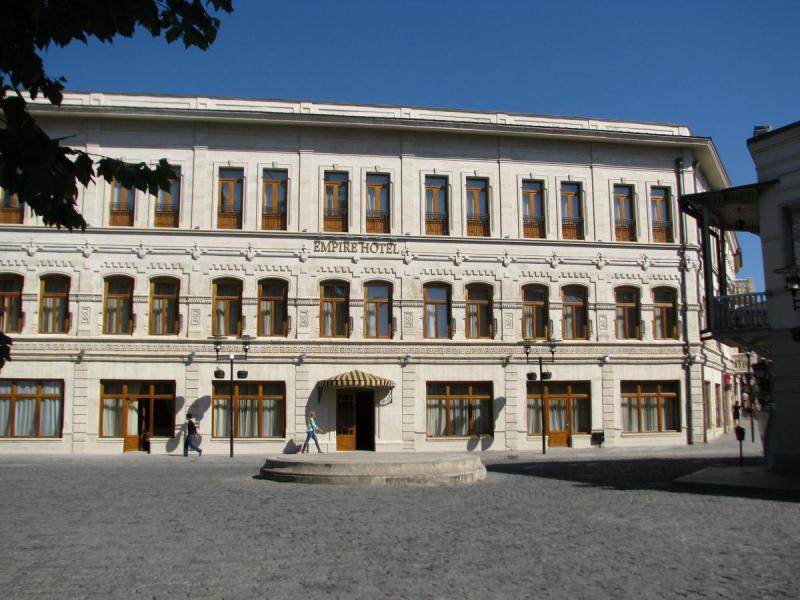 offer their clients “breakfast buffet”, indoor pools and some other nice bonuses.

As a rule, 95% of the hotels and hostels are modernized Soviet-era buildings, with modern home furnishings and fresh facelift.

Entertainment, excursions and attractions of Kutaisi. Most of the Kutaisi attractions are ancient temples, erected at the beginning of the formation of the centralized Georgian state.

Bagrat Temple, which construction was completed at the beginning of the eleventh century, is one of the most popular places in Kutaisi. Since it is located at the highest point of the city, it is a 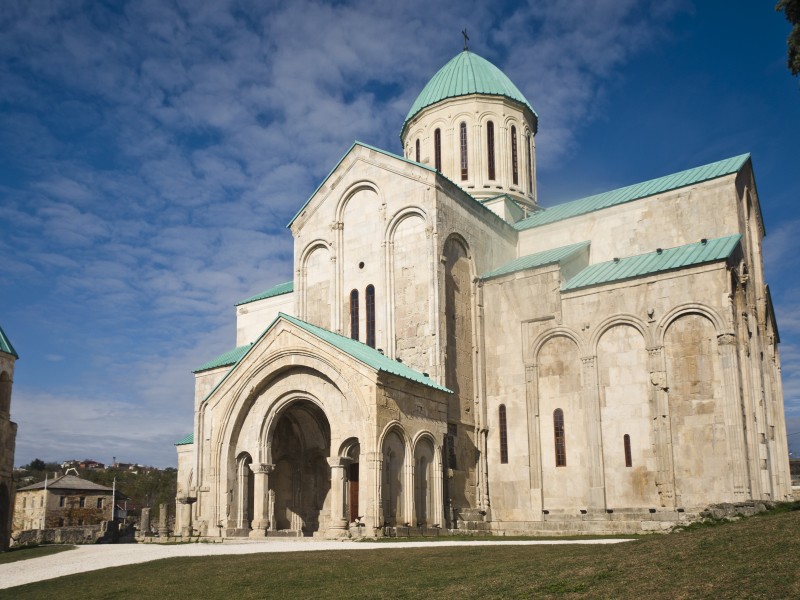 perfect place to study contemporary Kutaisi panorama. The building itself, unfortunately, did not survive to our days in its original form since it had suffered from Seljuk Turks. However, in the church are still preserved ancient mosaics, stained glass paintings on glasses, frescoes and paintings, typical to the religious centers of the Orthodox culture of late Middle Ages.

Monastery Motsameta. Fans of Christian hoaxes will certainly like Motsameta monastery. According to legend, the building was built on the very spot where the Georgian princes David and Konstantin refused under penalty of death to convert to Islam from the invaders, and then were immediately put to death. They were later canonized,
their relics are still located on the territory of the monastery, in a kind of ark, 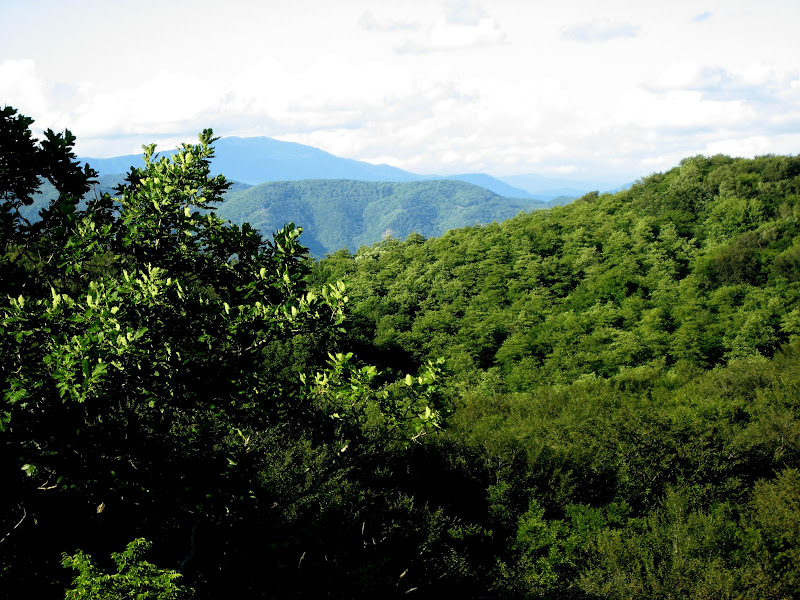 located in the heart of the shrine.

Sataplia reserve. Not far from Kutaisi there is Sataplia Nature Reserve, located in the mountains, it is a unique natural monument, corner of nature, that has not changed since the days of the dinosaurs living here. By the way, some of the original traces are left as markings on the plateau near the mountain cave.

Now you have some useful tips how to spend unforgettable holidays in this marvelous Georgian health resort.