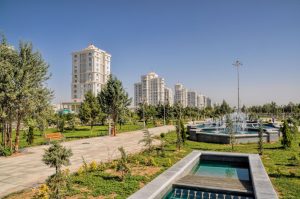 Turkmenistan is the country where the past is present even now in a perfect harmony with future. The thing you should know about Turkmenistan is that the tales from “1001 nights” are mostly happening here. Turkmenistan though is one of the closest countries in the world, is as well one of the most exciting ones. Here are some advices for you when you travel in Turkmenistan

If you get lucky to visit Turkmenistan then don’t miss those attractions:

Karakum desert
The name itself means Black Sand and it occupies 70% of Turkmenistan. It is one of the biggest Deserts in Central Asia and has 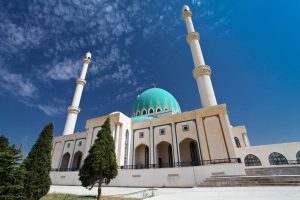 a big importance on the region in general and Turkmenistan in particular.

The Gas Deposit in Darvaza is looking like a Gate to Hell, with its always burning grounds. In reality, there’s a way much easier explanation, this crater appeared when a natural gas field collapsed into an underground caver in 1971, and in order to prevent the spread of methane gas, the geologists decided to set it on fire. 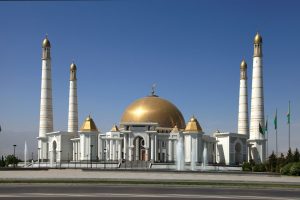 Since then it’s still burning and it looks magic, many visitors love to visit this big crater and then to camp in the surrounding area.

This was the earliest and most important city in the Parthian Empire, an Empire who represented a major power for more than 5 centuries while dominating a big part of Central Asia. Unfortunately, the city of Nisa was completely destroyed after a powerful earthquake. Right now it is included in the UNESCO world heritage and is actively visited by the tourists.

Located near today’s Mary, Merv was a major oasis-city on the Silk Road and a pearl of Central Asia. Its history is long and full of interesting facts, for example back in the 4th century BC, Merv was conquered by Alexander the Great and named Alexandria, and by the 12th century, while conquered by the Mongols,  Merv became the largest city in the world. Now, Merv is included in UNESCO world heritage Sites. 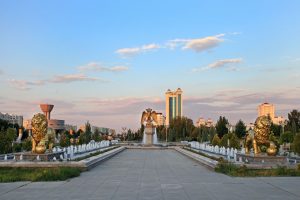 Ashgabat is nowadays the capital of Turkmenistan and it is said that nowhere in the world are this many castles in the same place. Though it is a pretty young city, it already succeeded to become famous for the world’s highest concentration of marble buildings.

These are not simply marble buildings, but work of art, the most famous ones are indeed: Gypjak Mosque, Ertugrul Gazi Mosque and the National Museum of History.

For enjoying more and planning less, better chose one of our Turkmenistan Tours