Take New Year’s Eve in Times Square and times it by 1000. That’s what the Chinese New Year holiday population is like in China! It is a celebration, also known as “Spring Festival” in which people celebrate the start of the Chinese lunisolar calendar. It’s celebrated in countries that have a large Chinese population such as China (obviously), Taiwan, and Singapore. So, if traveling to China, this would be a cultural experience worth seeing.

Of course, Chinese New Year is celebrated in China Towns across the world, but heading right to the source is where it really gets fun. This year it will begin on January 28. Traveling to China for Chinese New Year can be a bit stressful, so it’s good to do a bit of research beforehand to know where the best city is to stay in as well as the 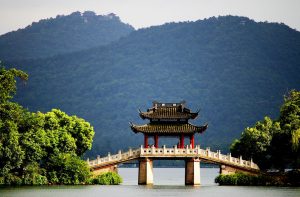 best hotels and which activities would be the most worth doing!

What’s great about this time of year is that a lot of families go off on their own vacations during Chinese New Year, so tourists can have more of a free run of the city. In Shanghai, Chinese New Year is celebrated for two weeks. A lot of the regular shops will be closed, but tourist shops and other spots will remain open. Some good spots to head to during Chinese New Year in Shanghai are the Bund, Yu Gardens, and any of the local temples. A great annual festival to go to is at the Longhua Temple. There is also a lantern festival at the Yu Gardens. A wonderful fireworks display will 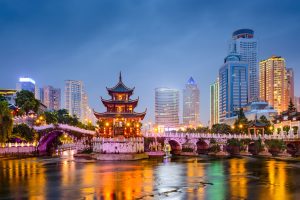 happen as well at the Bund is really popular with tourists for the Chinese holiday! And lastly, a few clubs along the Bund will host a few CNY parties such as Bar Rouge, Mixx, and Vue. Be sure to sample rice dumplings, xunyu (a fish dish), and Shanghai New Year’s Cake.

Beijing is another spot to celebrate Chinese New Year. In Beijing, there is also a noteworthy fireworks display that occurs over the capital, and afterwards, it’s traditional to eat New Year’s Cakes as well. There are other festival spots too: Longtan Fair, The Old Summer Palace, and Chaoyang International Carnival. There are different events 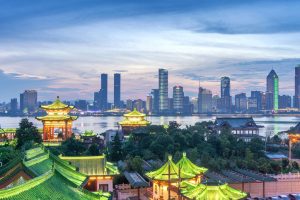 such as dancing or sports, etc. Head out to the bars to ring in the New Year. Sanlitun is the most famous bar spot, and is a great place for tourists to have a few drinks and party in celebration.

If traveling to China, then why not go during the most famous Chinese holiday? Enjoy the cultural experience of the food, traditional events, and decorations. It’s like having two big New Year’s parties in a year. What can be better than that?