The things you must know about Yerevan 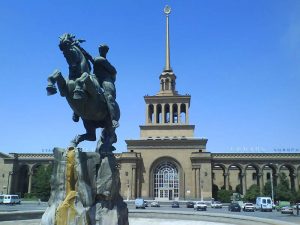 As you might spot, we have many tours to Armenia, but today we are going to talk more about its capital- city of Yerevan.

Yerevan is one of the oldest capitals in the world, basically, it’s even 29 years older than the famous Rome, this year, the capital of Armenia is turning 2798 years!! The city suffered from many changes and dominations, but it always remained the one and only Yerevan 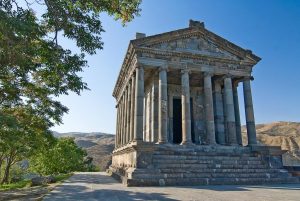 Despite its big and respectful age, Yerevan combines beautifully the old and the new. But it’s not this that counts; every new and old building has one thing in common: it’s all made of naturally coloured volcanic rock, all of which are pink! So Yerevan is truly called a “pink city”!

It is believed that Noah’s ark came to rest on the Mount Ararat when he saw the city (which became afterwards the capital) and exclaimed “It’s seen, it’s appeared!” according to the legend, these words where “erevats” which became the name of the city- Yerevan. 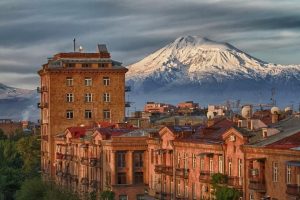 The symbol of the country can be seen everywhere

The Mount Ararat, despite the fact that at the moment it is not even a part of Armenia anymore, still remains the main symbol of the country; moreover, it can be seen from the capital itself! This legend is very popular and explains the most clearly the name and the religion attribution of the country.

Has one of the biggest Churches in the Caucasus

Armenia is the first country to adopt on a national level the Christianity, and every Armenian is extremely 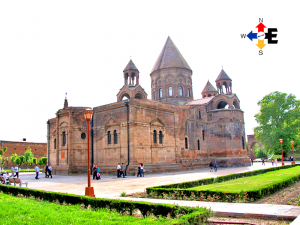 The richest collection of medieval manuscripts

In Yerevan you can find the Mesrop Mashtots Institute of Ancient Manuscripts, which is more commonly known as Matenaradan, Matendaran means in Armenian “a repository of manuscripts” and it has books and writing that date back

to the fifth century A.D. Unfortunately, a big part of the collection was destroyed in the middle ages, but it is worth couple hours, everything here breaths history.

Last but not the least important, another symbol of the country in general and Yerevan in particular, is Brandy, as good as it deserves the name to be called Cognac (a name only French and Armenian brandy can be called). Once being in Yerevan, a Cognac tasting session is essential for understanding the beverage culture of it (just don’t exaggerate!).

Be always welcome to Yerevan with our tours!

From
$
The price depends on a group size.
More info
9 days

Armenia can offer a lot of interesting things to its guests. During this 9 day tour you can see the most interesting historical sites, numerous monasteries and temples, spectacular scenery, ...

This tour is an interesting mixture of culture and adventure. It includes trekking, riding, hiking and culture. So we will explore the culture of Armenia by adventures.

This unique tour is created especially for women. Enjoyable holidays in sunny Armenia along with visits to great historical, architectural and natural sights offer such exciting activities a ...

Armenia is a country which has a very tasty cuisine. And it has become a part of everyday life and culture. Armenian cuisine is very rich in delicios unique meals and dinks. This tour is des ...