The most mysterious lake in the Kyrgyz Republic – Merzbacher Lake

Merzbacher Lake – a place where there is no life 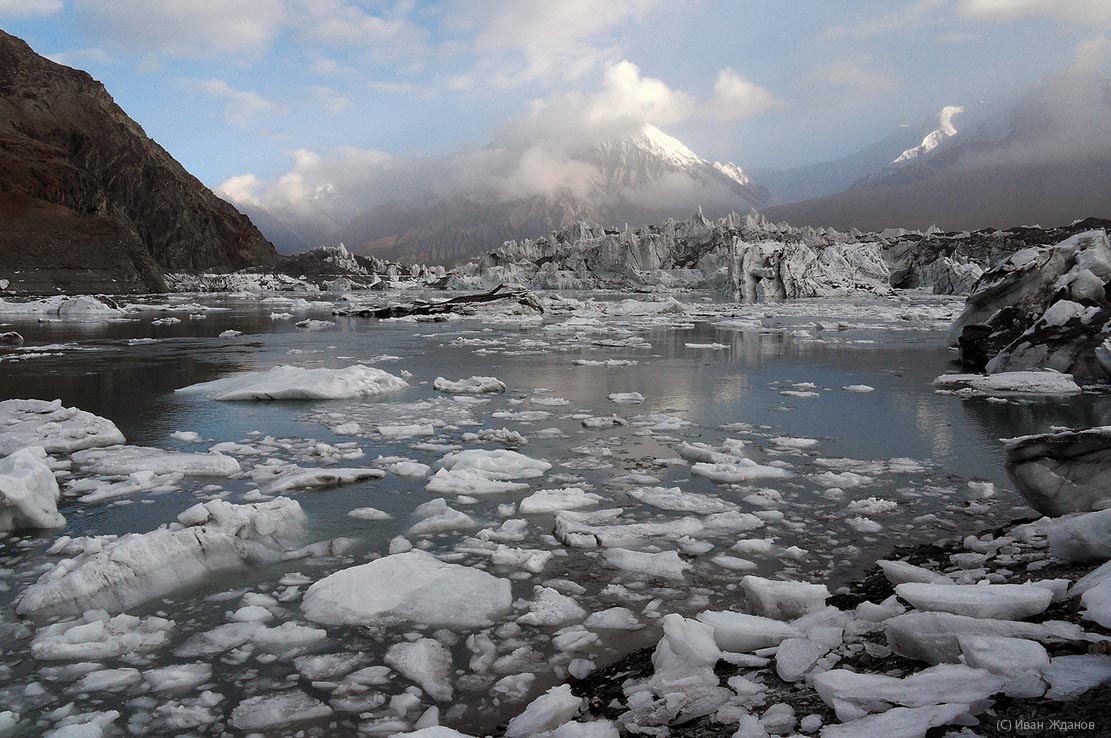 Life could never have been born in Merzbacher Lake: every summer it disappears, and in spring it reappears. Scientists are still puzzling over the riddles of this lake.

Scientists still puzzle over the phenomenon of Merzbacher Lake, lost in the mountains of Kyrgyzstan. There is no living creature in its waters. Nothing would have survived there. Every summer, the lake disappears. 250 million m^3 of water seems to be evaporated in the air in just a few days. Scientists still do not know why this is happening. Most are inclined to the following version:

The lake itself is formed because the Northern Engilchek glacier melts under the rays of the summer sun. 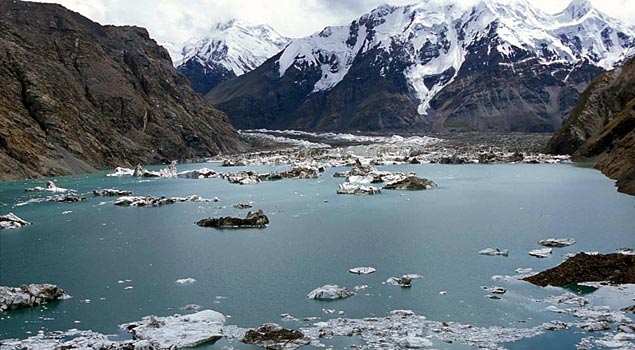 Meltwater accumulates in one place since the ice of South Engilchek serves as a natural dam for it. Eventually, the water increases and the lake filles up to the brim.

The maximum depth is 75 meters. The area of ​​the lake exceeds 4.5 km^2. Huge icebergs float on the surface; some of them are as tall as five-story buildings. At one point, there is so much water that it raises a pile of ice and pours out into the ice channels. A strong roar is heard throughout the gorge; in just a couple of days, there is no trace left of the lake.

The waters of the Merzbacher Lake will subsequently fall into the Engilchek River, and complete their journey in the Takla-Makan Desert in China. However, this is only one of the versions, although the most popular one. Merzbacher Lake still has many mysteries.

The history of the discovery of Merzbacher Lake

The lake is named after the German geographer Gottfried Merzbacher. Gottfried Merzbacher was already a distinguished, experienced mountaineering scientist by 1902. He outlined his next goal – to get to the legendary mountain, “Lord of Spirits” Khan-Tengri. However, he did not imagine what dangers awaited him among the Kyrgyz rocks.

Kyrgyz nomads considered Khan-Tengri the highest mountain in the world. It was also famous for its impregnability. Many daredevils perished on it.

By 1902, Merzbacher was already a respectable man – he was 59 years old. However, the spirit of adventurism was always inherent in him: once he was a successful owner of a fur factory, and then he sold everything and went to travel.

Even then, behind the shoulders of the German were several conquered peaks. He was such a famous researcher that his trip to Kyrgyzstan was approved by the Grand Duke Nikolai Mikhailovich himself, an uncle of the emperor of the Russian Empire. By the way, the Ministry of Finance of Russia allocated money for this trip.

The illustrious researcher hardly knew how difficult his journey would be. The expedition arrived in Przhevalsk (now Karakol) in the summer of 1902.

As soon as the scientist got his baggage, he hired several Cossacks, Kyrgyz guides, and went on the road.

The German scientist rose higher and higher, and the temperature also dropped rapidly. If the sun was shining during the day, then in the evening a blizzard began (this says a lot about Kyrgyzstan weather and Kyrgyzstan climate in general). The ardor of the expedition members gradually faded.

The researcher began to pursue failures: first, he injured his leg, unsuccessfully stepping on an ice cleft. Then the four climbers who climbed in one bundle fell into the abyss. They were incredibly lucky though: all four survived.

The expedition came to the foot of an unknown peak, which Merzbacher himself called the Marble Wall. From there, the restless traveler saw the majestic Khan Tengri peak and realized with sadness that he would not succeed in getting to the mountain – there were too many steep passes from which an avalanche could descend at any moment. They had to turn back.

By the summer of 1903, the traveler again hurried to an impregnable mountain. This time he chose a different path, which ran along an unknown huge glacier. Merzbacher’s team didn’t really want to die under an avalanche, fall into an ice abyss, or freeze to death. Riots began against the scientist. But he still decided to visit Kyrgyzstan.

The secrets of the great mountain continued to drive the traveler forward. The team stubbornly walked up until it came across a place where two glaciers merge – Northern and Southern Inylchek.

This was the end of their journey because the Merzbacher caravan simply could not overcome the ice abysses and a huge lake with icebergs the size of a five-story building. So the lake became an obstacle for the great traveler. This was Merzbacher’s last trip to Kyrgyzstan.

Much later, it was this lake, which made the researcher so upset, named in his honor. Until now, scientists are puzzling over the mysterious Merzbacher Lake. Every summer, it is filled with glacier waters and disappears closer to July.

We hope you enjoyed reading this article. Travel and discover Kyrgyzstan with us. Click here if you want to learn more about this country.

We offer you a 21 day tour to the Tien Shan mountains of the Issyk-Kul region. Here you will visit the unique Jeti-Oguz, Echkilitash, Enilchek and At-Jailoo valleys. You will be able to enjo ...

We offer you to visit captivating Tien Shan Mountains. During the tour you will meet famous Inylchek Glacier that is located to the east of the Issyk-Kul Lake in the highest and the most dif ...