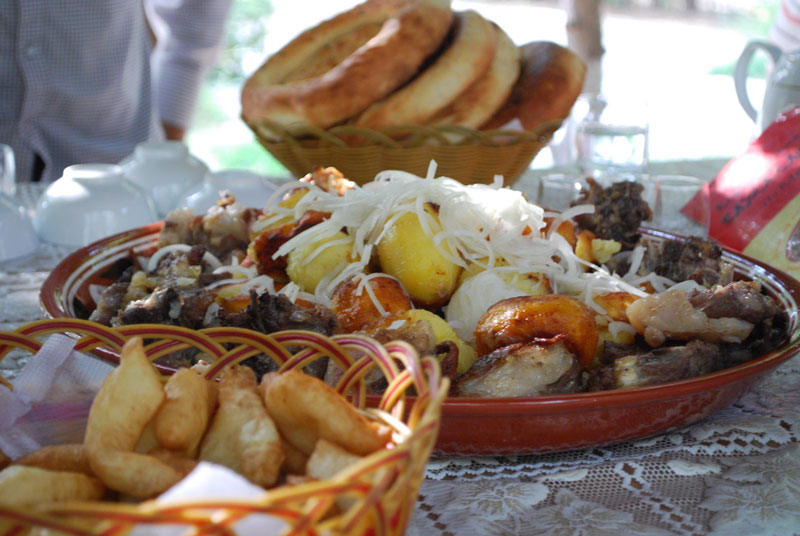 Traditional Kyrgyzstan cuisine is based on the country’s ancient nomadic traditions.  Kyrgyz people roamed the steppes and mountains of Central Asia for centuries and nowadays are settled mainly in the mountains of the Tien Shan.  Due to the grueling amount of work it takes to herd livestock and live in the mountains of Kyrgyzstan, food is heavily meat and bread based.  Some common Kyrgyzstan food recipes include borsok, fried dough, which is a popular food served during holidays and celebrations, as well as meat based dishes such as monty, meat-filled dumplings, and besh barmak, shaved meat and noodles.

Because bread is so integral to daily life, Kyrgyz people are masters when it comes to making homemade breads and pastries.  Another common Kyrgyz food is lipyoshka.  Lipyoska is a circular loaf of bread baked in a large, outdoor clay oven topped with sesame seeds and 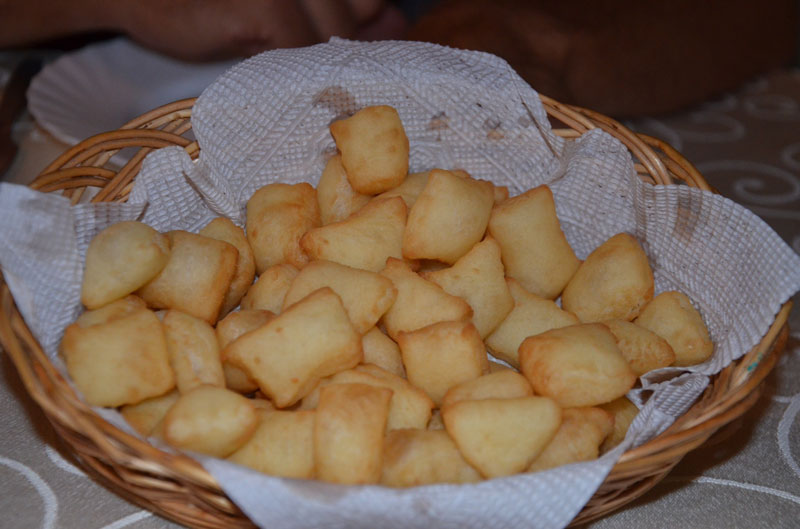 sometimes onion.  They are often sold on the street, not made in homes. No special occasion is needed to indulge in a nice, fresh lipyoshka.  Kyrgyz women also often prepare homemade bread that they serve to guests with jam, butter, or honey on the side.  Even if you step into a Kyrgyz household for just a moment, it’s customary for a Kyrgyz family to bring you some homemade bread to at least taste before leaving to make sure that they’ve fed you something as a sign of their hospitality.

While the food of Kyrgyzstan is indeed largely meat based, meat is usually coupled with potatoes, rice, or pasta.  Some vegetables can be thrown in the mix, but by and large, traditional Kyrgyz food doesn’t include many vegetables in the dishes themselves.  Fruit and 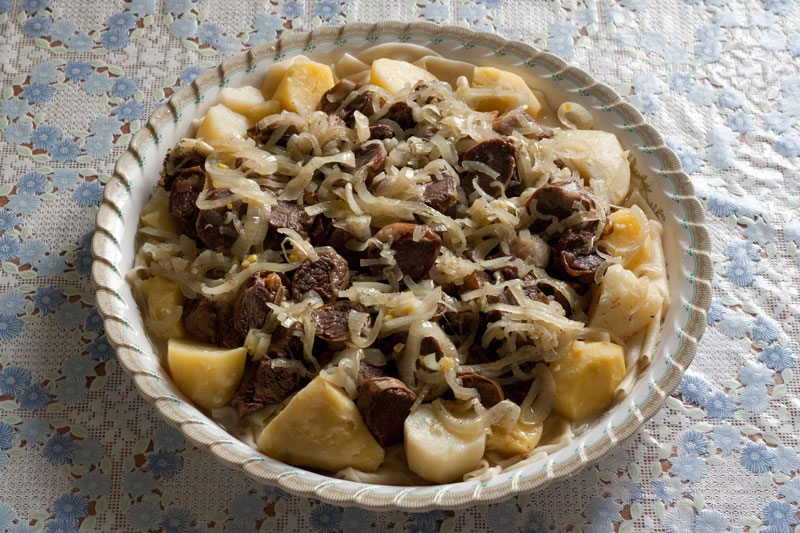 vegetables are typically served on the side.

Spices aren’t commonly used in Kyrgyzstan recipes.   Kyrgyz cooks believe the pure flavor of the meat should only be enhanced with a bit of salt and pepper, nothing else.  Sometimes Kyrgyz dishes are served in a lightly seasoned broth, but again, just to bring out the flavors already present in the dish, not to overpower them.

Kyrgyz cuisine is hearty, tasty, and made to satisfy even the hungriest of people after a hard day’s work.  Those interested in learning more about Kyrgyz dishes can find classes available in Bishkek or try out some of the country’s many authentic local restaurants. Try Kyrgyz food for yourself!

From
$2690
The price depends on a group size. The price 2690 USD per person is available for groups of 4 people.
More info
13 days

From
$2330
The tour price is 2330 USD. The price doesn't depend on the amount of people in a group. The tour will be fulfilled even if only one person book it.
More info
7 days