The 3 Most Common Languages Spoken in the Kyrgyz Republic 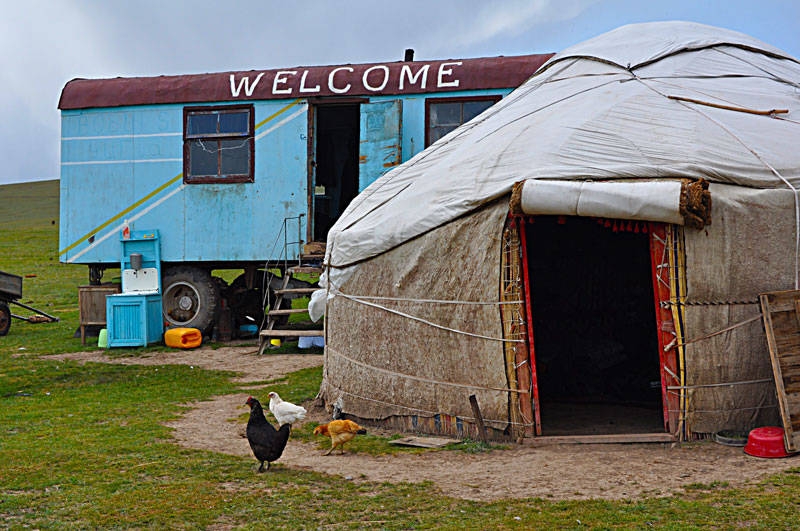 Planning on traveling around Kyrgyzstan?  If you are, you’ll undoubtedly be conversing with a large number of locals during your stay, especially if your goal is to travel independently in Kyrgyzstan.  If you’re not planning to do any independent travel in Kyrgyzstan, but instead employ the services of a travel company within the country, you’ll be surprised at how often you end up rubbing shoulders with locals during your stay.  The people of Kyrgyzstan are extremely hospitable and have a tendency to invite foreigners into their homes to drink tea or share a meal; you never know what adventures you’ll end up having! To help prepare you for these moments, here’s some information about the languages you’ll encounter in Kyrgyzstan that will be helpful for you to know as you travel.

INFORMATION ABOUT KYRGYZSTAN: IN SHORT 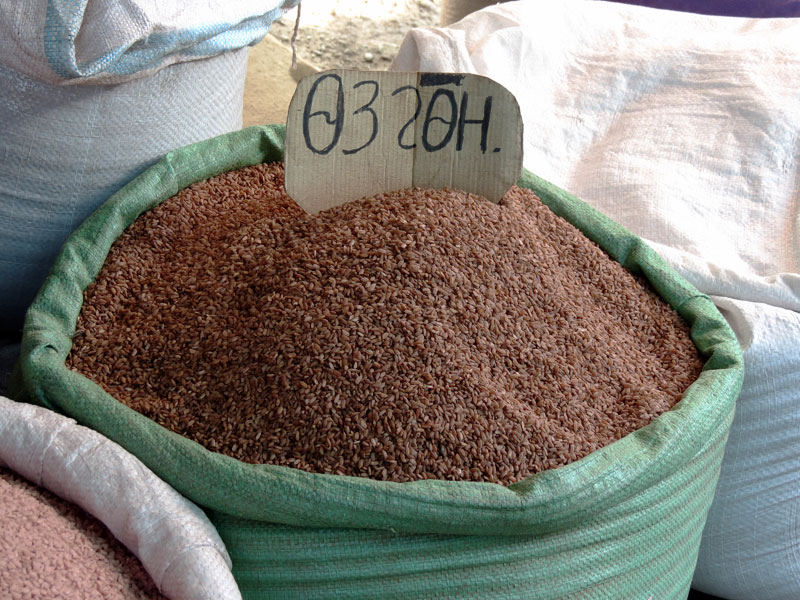 When you first arrive in Kyrgyzstan, you’ll likely be coming by plane and flying into Manas International Airport.  Most people, both independent travelers and tour participants alike, begin their vacation by recovering from jet lag in the capital city and then heading out into the rural mountain areas. In Bishkek, Russian is the primary language spoken.  If you speak Russian and are wondering if that’ll help you get around, the answer is yes.  However, once you recover from your flight and start venturing out into the mountains, things start to change. 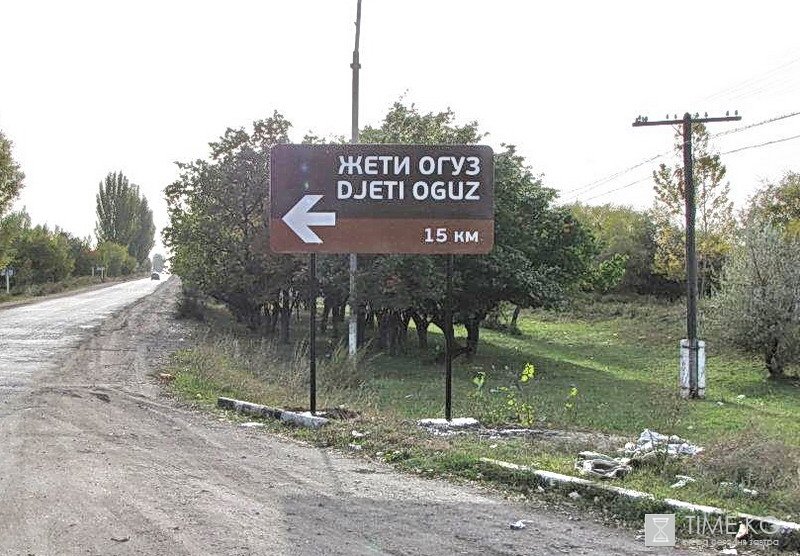 The further you get from the city and the deeper you go into the mountains, the more you will hear Russian fade and Kyrgyz take over.  You’ll be able to hear a distinct difference between the two; Russian is a Slavic language and Kyrgyz, Turkish.  If you’ve got a tighter travel budget in Kyrgyzstan and end up staying less in hotels and more at local guest houses, you’ll probably encounter more Kyrgyz.  Don’t worry though.  People connected to the tourism industry such as guest house owners usually speak some Russian or English in order to help the communication process.  However, as you listen to background conversation/radio/look at newspapers, you’ll notice that Kyrgyz is actually the language of choice in these areas. 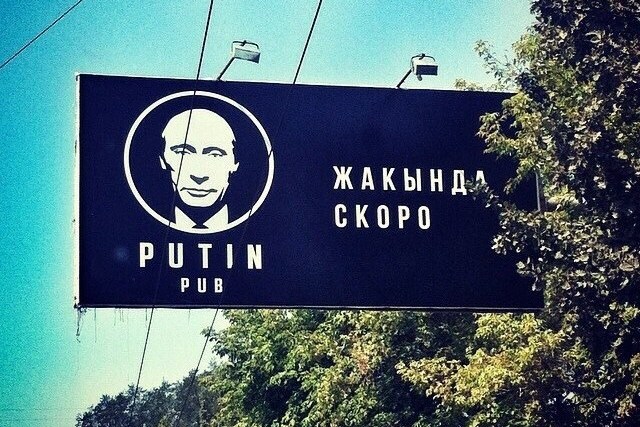 One piece of information about Kyrgyzstan you may not know is that you’ll likely hear Uzbek if you travel to the south of the country.  There are a large number of people from Uzbekistan that live in southern Kyrgyzstan.  The Uzbek language has even influenced the Kyrgyz spoken in this region so that sometimes it’s difficult for a Kyrgyz speaker for the north and a Kyrgyz speaker from the south to understand one other.  So if you plan on traveling from Kyrgyzstan to Uzbekistan, be prepared to hear Uzbek well before you cross the border.

SO WHICH LANGUAGE(S) SHOULD I KNOW IF I WANT TO TRAVEL IN KYRYGZSTAN?

First of all, if you’re traveling with a tour company, languages aren’t something you’ll have to worry about; your guide will be able to translate for you.  However, for all you adventurers 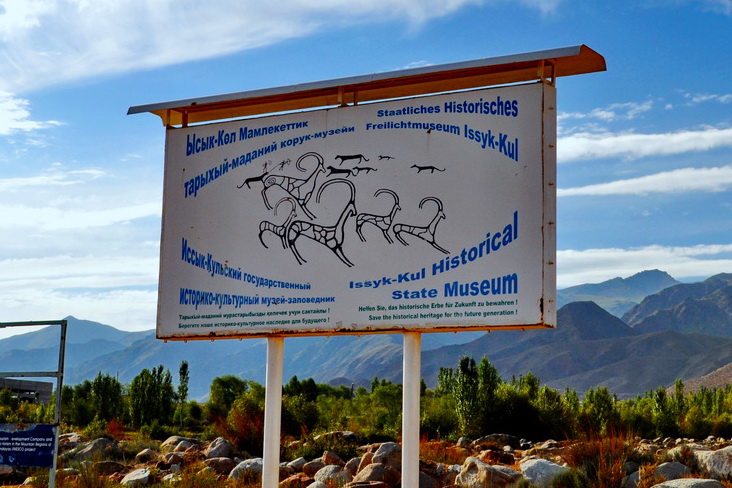 out there or people traveling around Kyrgyzstan on a budget that will be traveling independently, communication will be more manageable if you can speak at least a little bit of Russian or English.  Bishkek has a growing number of ESL speakers and if you need to speak to someone in a village or rural area, you’re more likely to find someone that speaks English than say, French or German.  Some knowledge of Russian will be especially helpful if you’re planning to travel from Kyrgyzstan into Uzbekistan or Kazakhstan, for example.

If you don’t speak any Russian or English, that’s ok.  Communication might be more challenging, but the hospitality of Kyrgyz people always rises to the occasion.  If you try talking to a shepherd on the side of the road that doesn’t speak a language you know, he’ll call his friend or relative that knows someone who speaks your language and get them on the phone.  To be honest, moments like that are half the fun of traveling in Kyrgyzstan anyway!  Just be aware of the languages that will surround you during your trip, be willing to be flexible, and you’ll have a great time!

Pictures from the Internet

From
$1980
The tour price is 1980 USD. The price doesn't depend on the amount of people in a group. The tour will be fulfilled even if only one person buy it.
More info
8 days

On this 9-day program you will visit two of the most beautiful parts of the country. You will experience the reality of everyday life in a mountain village. During the tour you stay ...

From
$2540
The tour price is 2720 USD. The price doesn't depend on the amount of people in a group. The tour will be fulfilled even if only one person buy it.
More info
8 days

From
$2950
The tour price is 2950 USD. The price doesn't depend on the amount of people in a group. The tour will be fulfilled even if only one person buy it.
More info
14 days

From
$2330
The tour price is 2330 USD. The price doesn't depend on the amount of people in a group. The tour will be fulfilled even if only one person book it.
More info
14 days