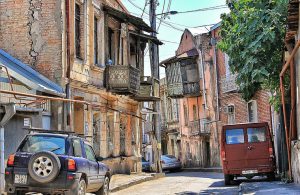 If you want to see real Tbilisi, then you should definitely go to the old part! Fascinating architecture, a huge number of cozy cafes and restaurants will not you leave indifferent. Old Tbilisi is a place where the spirit of the past hovers among the authentic buildings of stone and clay, and the atmosphere of the Middle Ages fascinates travelers. It seems that time stands still here forever. “Dzveli Kalaki” is the so-called quarter on the banks of the Kura River (Mtkvari) at the foot of Mtatsminda Mountain. The city occupied this territory in the 12th century. Tourists will be able to see the Metekhi temple, the Anchiskhati church, the sulfur baths, the Sioni Cathedral and the palace of Queen Darejan. The best way to discover the old part is to take Tblisi sightseeing tours.

The other the main highlights of the city is Abanotubani. This is a district in downtown (old Tbilisi) where you find the famous Sulfur Baths, the water which comes directly from sources. These sources were discovered by King Vakhtang Gorgasal, who was hunting here. During the time of numerous enemy invasions, the baths were not destroyed, but on the contrary, the construction was completed. Now it is one of the oldest and main attractions of the city. Pushkin and Stalin also admired sulfur baths. Many of the baths are still operate.

The other reason to visit Tbilisi is its cuisine. National Georgian cuisine is famous for its 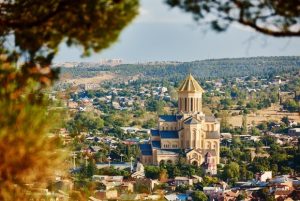 diversity. Various spices and herbs are abundantly combined here. Despite the small area of ​​the country, the cuisine varies considerably in its different areas. For example, in the north they cook khinkali – dumplings stuffed with lamb with spices. In the east of the country, food is more fatty, and bread is baked in special large jugs. In Mingrelia, bread is not popular – gomis are often replaced with corn porridge, and in the coastal part, poultry is more often consumed than other types of meat. The reason is the difference in agricultural directions, as well as the influence of neighboring countries – Turkey and Iran. At the same time, there are common features characteristic of all regions. In old part of the Tbilisi you can find several restaurants offering national cuisine. 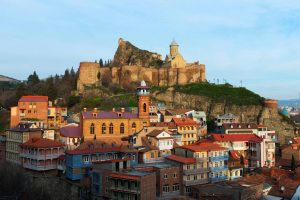 Talking about cuisine, we can’t but mention about Georgian wine. The old Tbilisi is famous for wine shops and cellars. Local wine is an interesting historical and cultural phenomenon. Now it is already popular brand. For the country itself, it is also part of everyday culture and the state economy. If you are visiting Gergia, it is essential to try local wine. And here, almost every family has a person engaged in winemaking. It is both a hobby and a tribute to glorious traditions.

Want to see other beautiful parts of the country besides Tbilisi? Then feel free to plan your itinerary around Georgia directly from the capital by your own or with the help travel agencies. There are a lot of options. We are online travel market, working with the best travel agencies in Georgia, we can make up any itinerary by your request. We offer fixed date tour packages to Georgia as well as to other Central Asian countries.