Super short history of Bishkek and the origin of its name

A short excursion into the history of the capital of Kyrgyzstan – Bishkek and several theories about where the name of the city came from.

A super short history of Bishkek 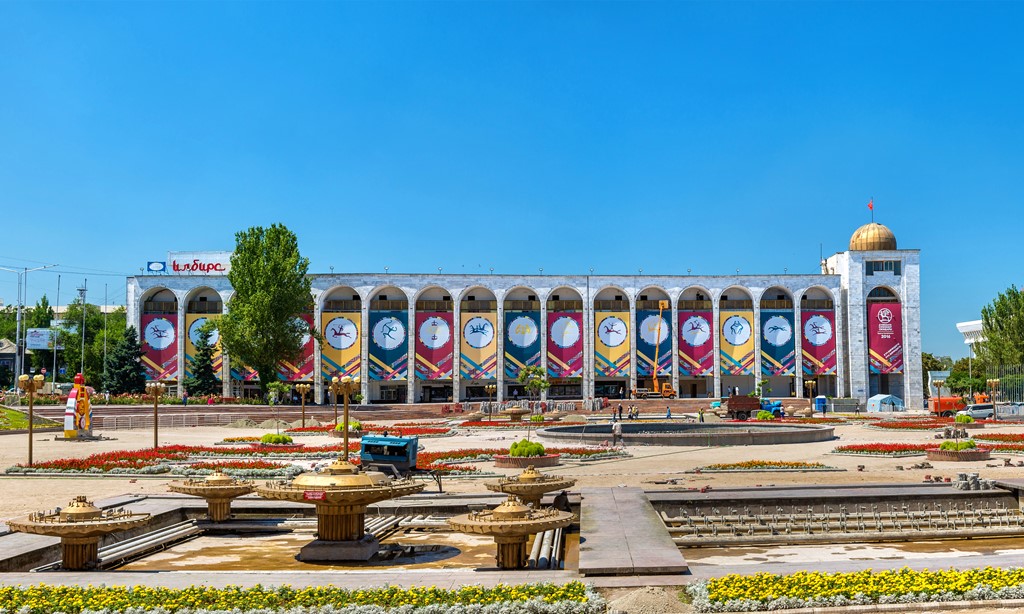 The plan for the project location of Pishpek with European-type buildings was approved on August 31, 1878. The civil engineers and townspeople exposed their flexibility while attributing all the city substances into the project: aryks, wood, gardens, and parks.l They staggered the street grid for the aryk network and natural ventilation of Pishpek. Some of the buildings were built of wood. Despite the semi-desert, the townspeople set up gardens and parks.

In 1926, the city was renamed in honor of the commander Mikhail Frunze, who was born here. In addition, the word “Frunze” means “green leaf” in Romanian. 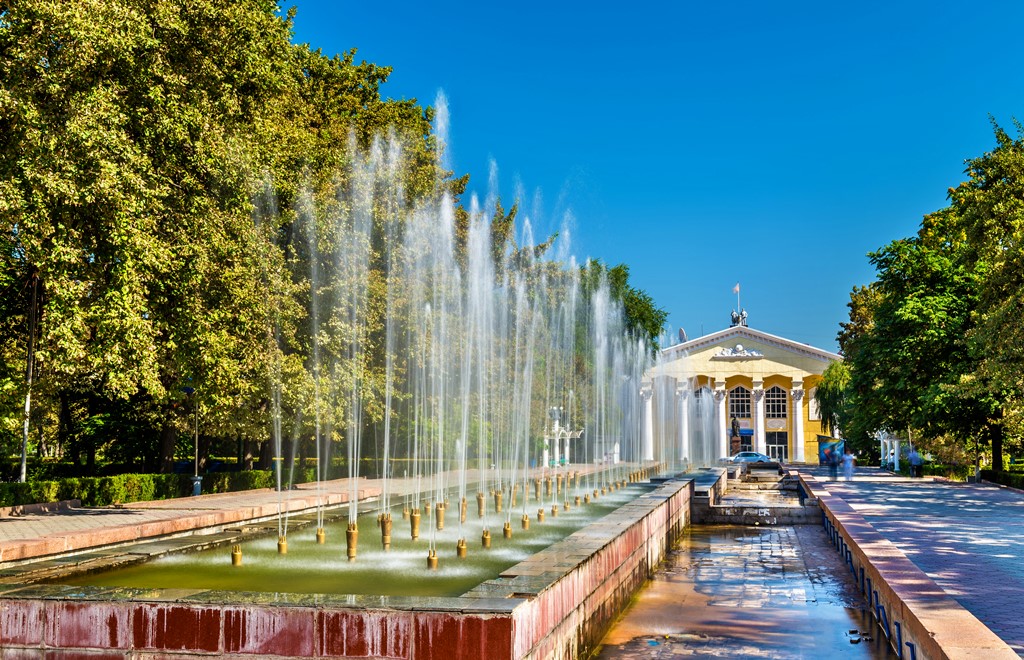 In the late 1930s, professional architects came to the capital to bring back to the work evacuated enterprises. eventually, they built new ones too.

In the postwar years, the city began to be actively built up; a series of standard projects appeared there. Beginning in the second half of the 1950s, mass construction was carried out according to standard designs. In 1970, Frunze’s new master plan was approved.

In February 1991, by the decision of the Supreme Council of the Kyrgyz SSR, the city was renamed Bishkek. 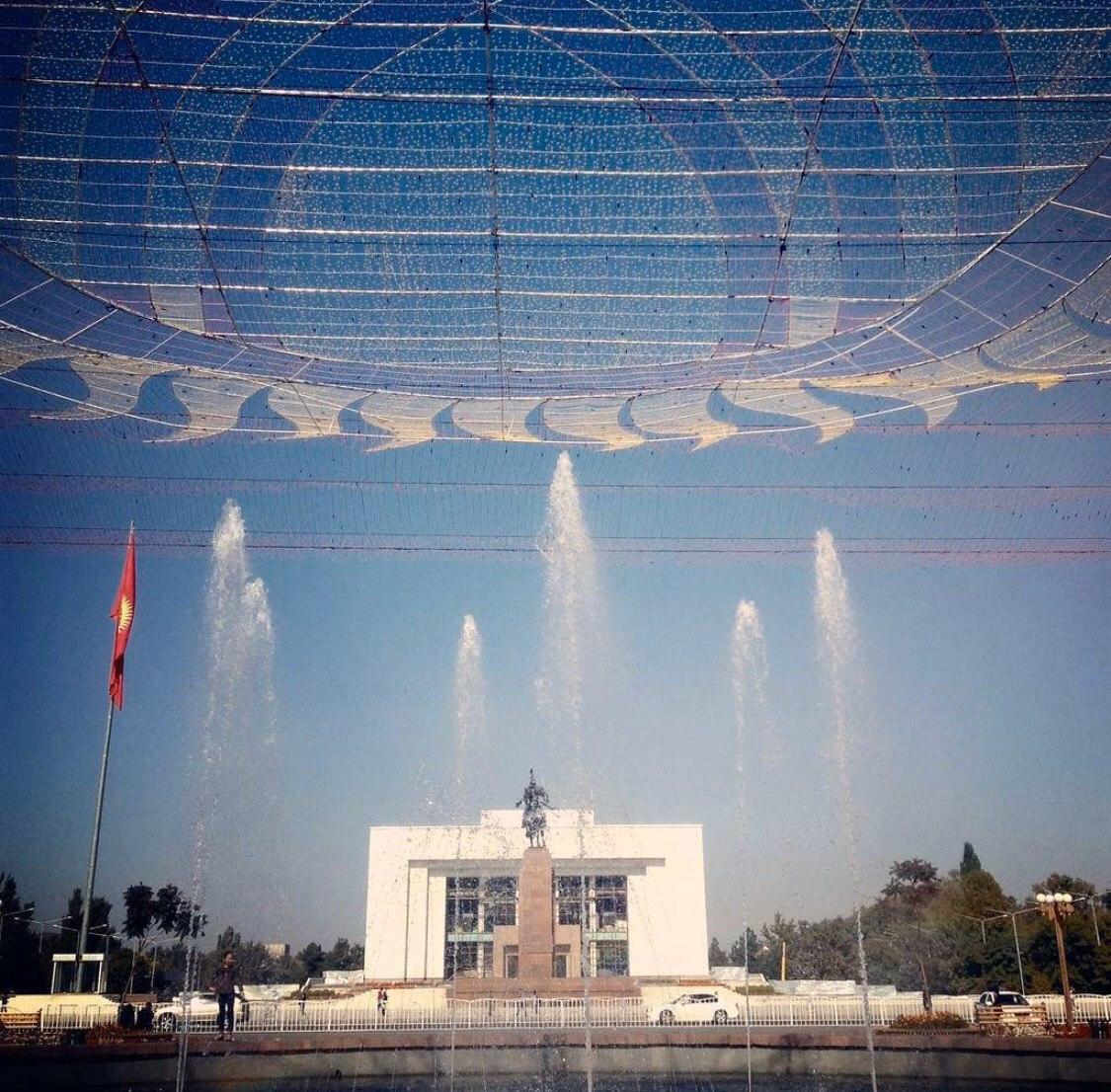 There are 938 streets in modern Bishkek. The capital is considered the soul and heart of Kyrgyzstan, its political, economic, scientific and cultural center. In Bishkek, Kyrgyzstan there are more and more shopping and business centers and less and less shady recreation areas.

The origin of the city’s name

There are many versions of the origin of the name of the city of Bishkek. But the most common are two of them. According to the first, the city bears the name of one of the forty most courageous and brave warriors of Manas. Another version says that the capital has the name of a special wooden spoon which was used for making kymyz – a symbol of the ancient nomadic Kyrgyz.

So which version is more faithful and believable? Where did the words “Bishkek” and “Pishpek” come from, and what do they mean? Let’s try to figure it out together.

It turns out that the assumptions of local experts who linked the origin of the toponym with the name of the nomad household item – bishkek – a whorl for stirring kymyz, were rejected back in 1970 by Kyrgyz writer and literary critic Sharshenbek Umetaliev.

According to the famous toponymist E.M. Murzaeva, back in 1963, E. Koychubaev expressed the opinion that the toponym “Pishpek” consists of two phrases: “write” (besh) – “five” and “pek” (biyik) – “height”. Therefore, in translation into Russian, it means “five heights.” But this hypothesis still has not met with support from toponymists.

The assumption that this toponym has an initial semantic basis in two Kyrgyz words: “besh” – “five” and “back” – “ruler”, that is, “five rulers” did not receive recognition either.

Another researcher, geographer Temirkul Eshenkulov, unveiled the assumption of a linguistic Turkologist, professor Sagaly Sydykov, who believed that this toponym has an ancient Turkic language basis – from the Oirat word “bishtek” meaning “the only or lonely mountain.” This version also did not receive support from specialists.

How do the names “Bishkek” and “Pishpek” relate?

Some people believe that this is one and the same word and it is not necessary to “separate” them. They say that the word “Bishkek” is a transformation of the toponym “Pishpek”. (After all, there was a time when the inhabitants of the provinces called the city of Frunze “Boronzo.”) Other researchers disagree with this point of view and propose to consider these two terms independently.

In 1998, academician of the National Academy of Sciences of the Kyrgyz Republic Doolotbek Saparaliev made a statement based on the results of his many years of searching for information on the history of the name of the city. (By the way, it was Professor Saparaliev who discovered the earliest written mention of the word “Bishkek” in the form that we are all used to.)

The academician is against the version about the origin of the name on behalf of a certain batyr of Bishkek, who lived in the XVIII century. That batyr, according to the professor, was called Beshbek, and this name is simply consonant with the name of the capital, originating from the ancient Persian “pishkuh” (in Kyrgyz transcription – “bishkek”), which means “mountain that brings happiness” (the ancient name of the Baytik mountain closest to the city).

Historians know that in ancient times the city was located here. Its inhabitants on the top of a nearby mountain held various social and ritual events (sacrifices, wedding ceremonies, public holidays, etc.), so they considered it a sacred place that brings happiness, otherwise called a happy mountain.

The city of Bishkek is located on the site of the destroyed Kokand fortress Pishpek. Reliably determining the origin of the name of the capital is still extremely problematic. This topic will be the subject of scientific debate for a long time and will become a source of inspiration for many historians. At different times, such assumptions were made by such famous scientists as V.V. Radlov, V.D. Goryachev, as well as local historians, among which V.G. Petrova and V.Ya. Galitsky. Who knows, maybe scientists are already close to firmly and confidently telling us the history of the origin of the name of our beloved city.

We hope you found this article useful and informative. If you would like to explore the country further but not sure where to go and what to do in Kyrgyzstan, we recommend you to have a look at posts of our blog by tag “Kyrgyzstan”. You can also find a Bishkek city tour if you click here.

From
$880
The price depends on a group size. The price 880 USD per person is available for groups of 2 people.
More info
Login
Signup
Forgot password?