Sights of Armenia – What you should know Part 1 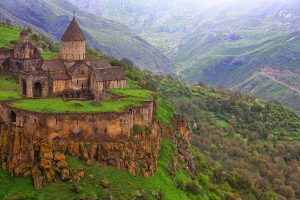 The history of Armenia starts from time immemorial. Over these millennia, Armenians have repeatedly got through all the various situations, ranging from grate states to the brink of complete destruction. It is not known by what principle, but the fact is that this very people was chosen for the most complicated historical scenario – full of events, evil surprises and dead ends. Challenging the times and rejecting all the laws of history, through immense calamities and losses, the Armenian people reached the 21st century with dignity. While many of the peoples living in the neighborhood, who even created empires, did not withstand the test of centuries and disappeared forever from the stage of his 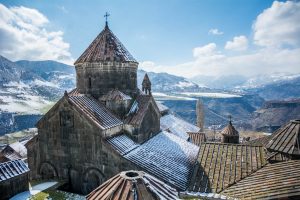 Armenia is also known as the first country to adopt Christianity as a state religion; this happened in 301 A. D. Since that times, many monasteries, churches and unique khachkars (Armenian stone sculptures with crosses carved on them) — have been built on the territory of the state. It is the Christian monuments that are the main sights of Armenia, such as the Echmiadzin Cathedral, which is the religious center of the country, dating back to 1,5 millenia, the monasteries of Noravank, Geghard, Khor Virap, Goshavank and Sevanavank. Furthermore, there are a lot of historical sights to as the ruins of the ancient capitals of Armenia (Armavir, Artashat, Dvin, Echmiadzin and Ani) and trips through the mountains, on which ancient fortresses are scattered. Armenia tourism opportunities offer all variety of historical and cultural discoveries.

Nowadays, ecotourism is developing in Armenia. Various tourist itineraries and recreational zones  are established in nature protection areas. The most popular reserve in Armenia is Dilijan Reserve, which is spread around Dilijan on the area of ​​24 thousand hectares. Forest communities that are rare in Armenia are protected here. The reserve was founded in 1958. Most of the reserve is located on the northern slopes of the Areguni ridge, covered with great leafy and coniferous forest, consisting mainly of beech, oak, hornbeam, ash, linden and maple. In addition, in The Akhnabad gorge there is a relic yew grove, where trees over 300 years old with a height of 20meters. In local forests inhabit brown bear, wolf, fox, badger, stone marten, weasel, lynx, forest 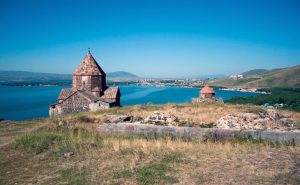 cat, wild boar, spotted deer, reptiles and about 120 species of birds, including many prey birds. On the territory of the reserve there are several lakes, the largest one is Parz lake (length 250 m, width up to 70 m, maximum depth 18 m).

Armenia offers different types of activities any time of the year, you will enjoy your stay there regardless of the season and find activity, that suits you well. In winter time, there are a lot of ski resorts, where both beginners and experienced riders can enjoy winter sport, during summertime you will be able to enjoy beautiful beaches and hiking, trekking tours.