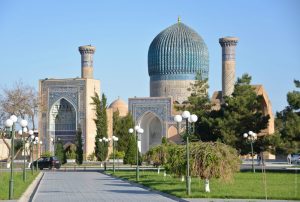 History of Samarkand dates back to 8th BC. In the Greek sources of the 1st millennium, Samarkand is referred to as Marokand, and in other sources as Afrosiab. Already at that time the city was prosperous where crafts, trade and culture developed. Later in 329 BC, Samarkand was seized by Alexander the Great and has become an important trading center that connected the trade route between China and the Mediterranean. Arab conquerors came to Samarkand in the 8th century and spread the Islam religion to the whole country. Later, the arrival of the Mongolian destroyers at the head of Genghis Khan in 1220, seriously damaged the city , however the great rise and flourishing came at the time of the ruling in Samarkand Amir Timur, who is also known as Tamerlan. 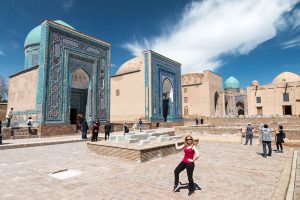 Nowadays, Samarkand is the one largest сities with a five hundred thousand population. Not located so far from Tashkent it is one of the best and popular tourist attractions in Uzbekistan. If you want to stroll around the city during day time exploring every single corner, probably the best time to visit Uzbekistan, in particular Samarkand would be early spring and fall, because in summer it gets extremely hot +40 Celsius and even more. 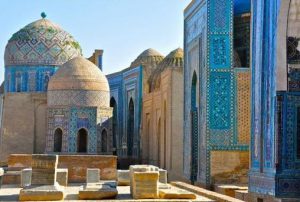 Perhaps, the most important place is Registan in Samarkand. This is the central square of Samarkand, built up with historical monuments. The most famous among them is a stunning architectural complex consisting of three madrasas: Ulugbek, Sherdor and Tilla-Kar. ( 15-16th century). No less interesting attraction is remain of Ulugbek’s observatory.

As we have mentioned Tamerlan, his sons, grandchildren, great-grandchildren ruled for more than 400 years and managed to make a huge contribution to science and architecture. Samarkand was ruled by his beloved grandson of Temirlan Ulugbek. He built many beautiful сonstruction, was fond of mathematics, but is best known for his works in astronomy. He built the very first observatory 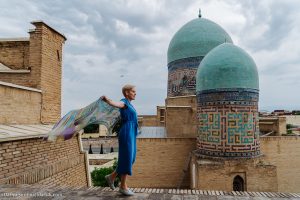 in Central Asia, where he calculated the number of days per year. He calculated 365 days, but was mistaken for 58 seconds. In his unique observatory, he with students made a map of the starry sky, where there were a little more than 1000 stars. Calculations at that time were the most accurate in the world and already in the modern world proved their accuracy by 50 seconds. Considering that then in Europe in the 14th century there was no such exact data about the stars, they used the Ulugbek’s catalog until the 17th century.

Besides the Registan and Observatory there are many other no less architectural structures attract people from all over the world. One-two days are enough to explore the city and become acquainted with the real eastern culture.

There are many options to visit Samarkand, you can take a taxi, however the most convenient way use modern trains from Tashkent to Samarkand and vice versa. If you are interested in visiting Uzbekistan, we will be happy to organize a individual tour for you.

For thousands of years the Great Silk Road was connecting China to the Mediterranean and facilitating cultural exchange between two major civilizations of that time - the Eastern and the Wes ...