Samarkand- the stone fort of Uzbekistan. 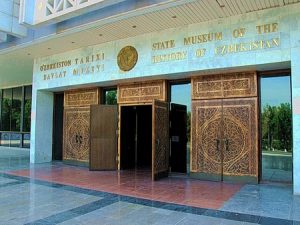 Samarkand is one of the oldest cities in the world, it’s about the same age as Babylon and Rome, many cultures are mixed here and many conquerors admired and hailed this city, form Alexander the Great to Tamerlan. Ancient poets and historians called it “Rome of the East”. Inside this beautiful gem of Asia we can find Iranian, Mongolian, Indian and even pieces of Eastern and Western cultures.

And further we should talk about the things that are a must-see in the unique city of Samarkand.

#1 State Museum of Culture and History of Uzbekistan 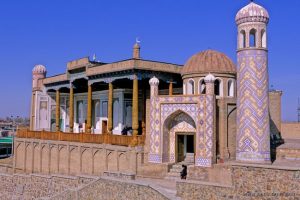 The fastest and easiest way to get in touch with the unique history of Uzbekistan and particularly with the pas of Samarkand is this Museum. There are many fascinating garments, carpets, jewellery and pottery from the beginning of times till our days.

This Mosques is a must-see in Samarkand, firstly because you can admire all the beauty of the old city while being on the hill that it is located on.  Secondly, the Mosque is functioning so inside of it you can feel in touch with the culture and the people praying nearby. It is especially touching on Muslim holidays, when many prayers gather 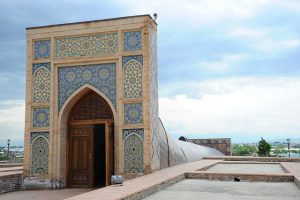 Just the remaining of the old grandiose Mosque built in the 15th century, by Tamerlan, after his conquest in India. This place used to be the largest and most beautiful Mosque in all the Islamic world.

Just near the traditional baths, the ‘Hamomi’, stands the great synagogue. This is one of the few remaining 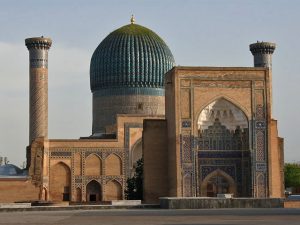 Synagogues in the Central Asia and it helps a lot in the journey of discovering the Samarkand. The Jewish community is very nice and will always try to help you to get insine the synagogue.

This observatory is a big quadrant tunnelled into the hill and used to measure the attitude of the stars and their moving.  For more explanations and history it is nice to visit the adjacent museum where are scientists and historians that will gladly answer to all your questions (trust me, you’ll have many of them). 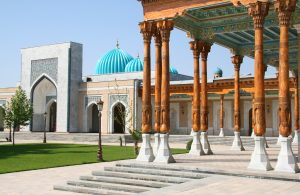 Imam Bukhari, was a Persian Islamic scholar who was born in Bukhara (the capital of the Bukhara Region (viloyat) of Uzbekistan). He authored the hadith collection known as Sahih al-Bukhari, regarded by Sunni Muslims as one of the most authentic (sahih) hadith collections. He also wrote other books such as Al-Adab al-Mufrad. This Mausoleum was built in his honour after the Soviet period and it cherishes the one of the most important Muslim Scholar.