Ready to Party in Azerbaijan? 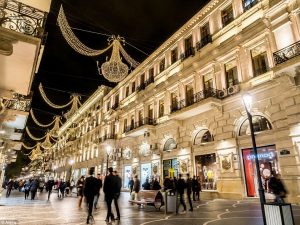 If you’re thinking about traveling to a new country, then why not Azerbaijan? It’s small, it’s relatively unknown, yet there are hidden treasures in this small country! This country is tucked away in wedging between Europe and Asia. This could be the most interesting vacation you’ve ever had…

Partying is not immediately what people think of when they hear the name Azerbaijan. To be honest, many people couldn’t even point it out on a map! But, come on out to this small yet beautiful country to see the sights and have a taste of the nightlife it offers. It’s one thing to visit a country. It’s entirely another to “go out on the town” in one and truly delve into the culture after the sun goes down. That’s when you can really get the true feel of a country, meet its people, and experience the culture. 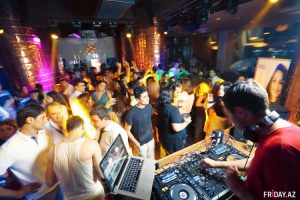 If you’ve decided to head to Azerbaijan, then Baku is the place to go for the nightlife. It is the capital city as well as the largest city in this transcontinental country. It is neighbors with Turkey, Iran, and Georgia, and Baku is along the water. Just imagine the night views of the city as it spreads its glow over the Caspian Sea!

It depends on what you’re looking for in terms of nightlife, but you’re sure to find it in this lively city. If you’re wanting a quiet, calm night, then head to Pub William Shakespeare for a pint. Feel like you’re in England with beautiful wooden bar tables and chairs, and of course the name is a little bit of a reminder of old England. But, if a true night out 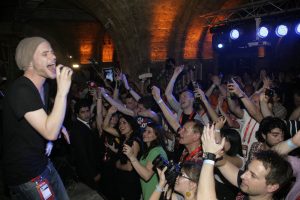 is what’s desired, then there is plenty to choose from. There’s the Capitol Night Club, Eleven Restaurant & Lounge, Tower Club, and White Beach Club. Get your dancing shoes on because they are open late! Many of the nightclubs, pubs, and bars are located in various hotels around the city, so checking out the hotels first is a good place to start.

Not only does Baku fulfill your nightclub needs, but it’s also a great hub for restaurants. Western delicacies can be found, but if one is seeking for a little bit more traditional food, that won’t be hard to find. Highly rated restaurants are easy to find in Baku, that coastal capital city. Chinar and Sumakh are both four point five-star establishments, and 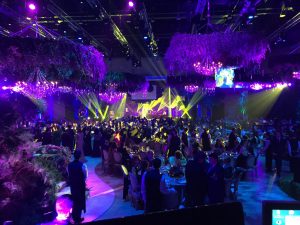 Scalini Italian isn’t far behind. Check this out and more on the streets of the capital. Take in the views as you walk along the water.

There are plenty of cities to visit in this tiny, tucked away country, but Baku is the city to go to start the party going in Azerbaijan. One may not know it, but it’s the nightlife that tells the true vibe of a country. Head to Azerbaijan, and see what it’s really made of.