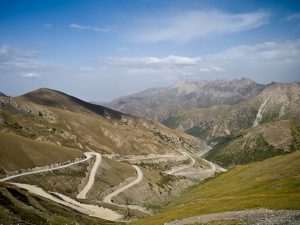 Pamir is a mountain range that most of its part is located in the northeastern part of Tajikistan. In case you fly over Pamir Tajikistan, it will appear as though you are in a movie because you see snow white tops, green valley, rows of mountain ridges, suspended glaciers and cracked Ice Rivers.

Pamir Tajikistan is a traditional tourist region and high altitude mountaineering. There two Pamir tops superbly ascend in the sky: the Peak of Eugenia Korzhenevskaya – 7,105 meters and the Peak of Ismail Samani (Communism) – 7,495 meters. They are tremendously the mainstream with climbers everywhere throughout the world. 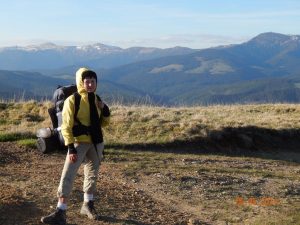 To arrive at the Peak of Ismail Samani, there are more than twenty courses of different difficulty classes have been established. The traditional path of climbing starts from Moskvin’s Dale and goes along Borodkin’s edge. There are cases of extreme ascent to the Peak of Communism in less than 24 hours! Ski drop from the top is exceptionally prominent. The climbing to the Peak of Korzhenevskaya on the easiest course from Moskvin’s Glade takes three to four days.

Consistently each year, a large number of vacationers and climbers from everywhere throughout the world assemble at the base camp for the ascent to the mountain peaks; various scientific and environmental excursions are planned. Unexpected changes of climate conditions perfectly describe the climate of this part of the country; the season 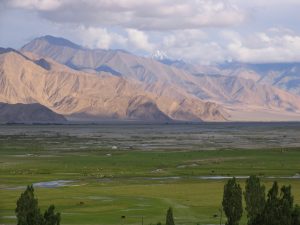 of climbing lasts from mid of July to the end of the month of August.

In the Pamir Mountains, in opposition to the many opinions, there are as many old monuments and places that are historical as in the valleys of Tajikistan. There you will locate the outstanding rock drawings of the ancient period which are likewise known as petroglyphs. The slopes of the brilliant Pamir Mountains are popular for the remains of old fortifications Kaakha and Yachmun, old settlements and also reserves that are natural.

From
$2330
The tour price is 2330 USD. The price doesn't depend on the amount of people in a group. The tour will be fulfilled even if only one person book it.
More info
22 days

From
$2270
The tour price is 2270 USD. The price doesn't depend on the amount of people in a group. The tour will be fulfilled even if only one person buy it.
More info
11 days

The word "pamir" means "roof of the world" and rightly so. The Pamir Mountains are goliaths that touch the sky, and because of this, the Pamir Highway that crosses them is the 2nd highest in ...

Far and distant China is getting closer and ready to open its doors for you within the program “Discovery China”. This unique program allows you to explore the world of China from West to th ...

The Heart of the Great Silk Road

Among many travel programs devoted to oriental destinations this program offers a rare opportunity to explore the cradle of the Great Silk Road.  Western China is a mysterious Land where gre ...

Mt Mustagh Ata (7546 m) is one of famous peaks among the 50 highest peaks on the Earth, it occupies an isolated location on the western edge of China’s Xinjiang Uygur Autonomous Region. Beca ...

This tour is a great opportunity to visit Tajikistan in short but impressive 8 days. You will pass the main sights, cultural and natural objects of this unknown mountainous land. In your tra ...