National parks and reserves of Kyrgyzstan

Harmony with nature in national parks and reserves of Kyrgyzstan

Check out the most unique national parks and reserves in Kyrgyzstan that are worth visiting this summer.

There is almost no place on the Earth the nature of which was not affected by a man. The incorrigible changes in the 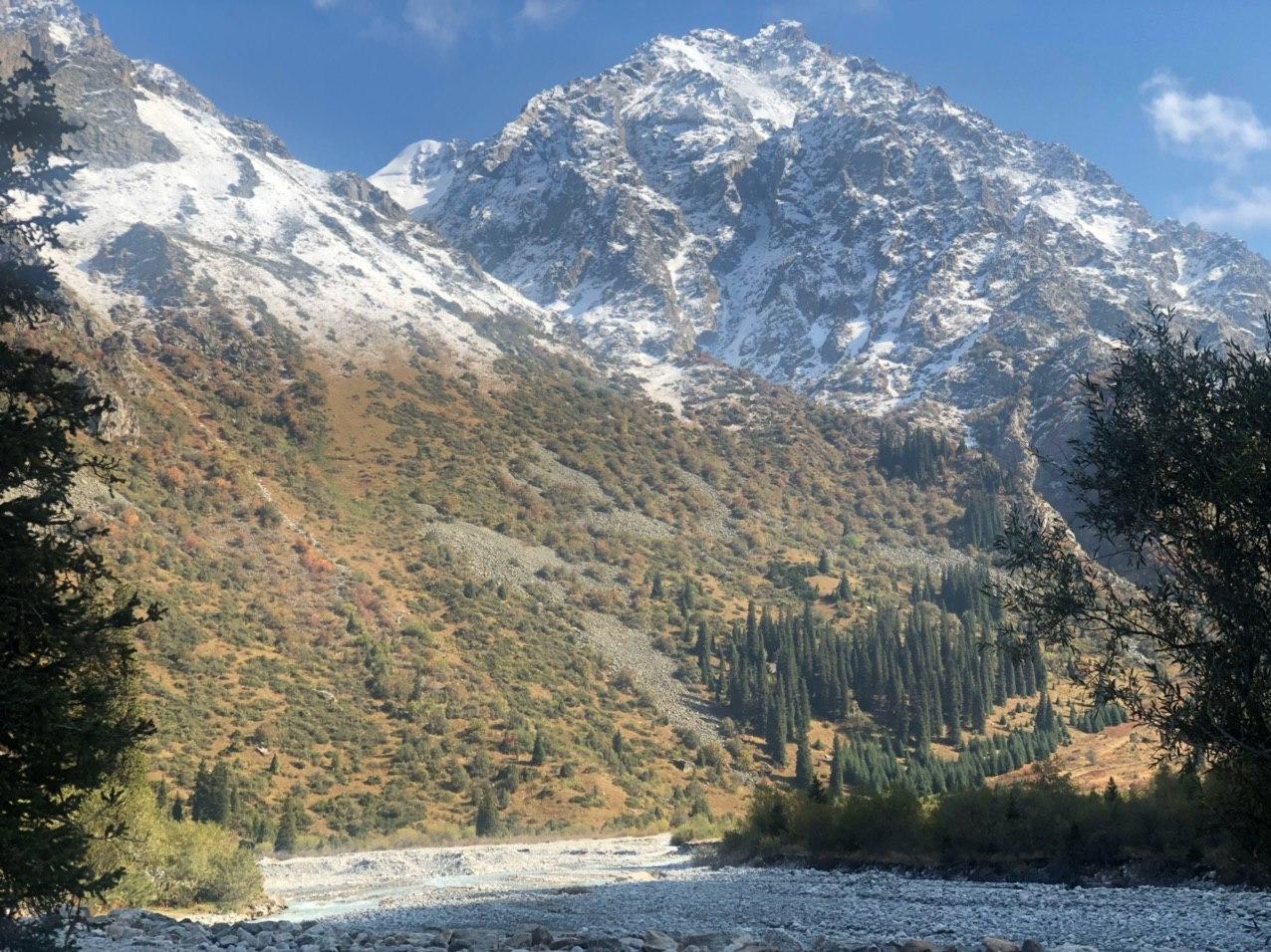 environment – that is what the people’s actions lead to. Humankind understands that preserving invaluable resources and wildlife is very important, so many countries started to organize reserves and national parks. Kyrgyzstan is not a large country, but it still has 8 state reserves in Kyrgyzstan and 9 natural Kyrgyzstan national parks. So, if you already know where the country of Kyrgyzstan is located but do not know what to visit there, we encourage you to go to places with a very unique nature – the national parks and reserves that we are going to introduce you to.

Together with other 338 reserves all over the world, the State Reserve of Issyk-Kul is recognized by the“Man and the Biosphere” UNESCO Programme. Occupying 22% of the total territory of the Kyrgyz Republic, the reserve has an 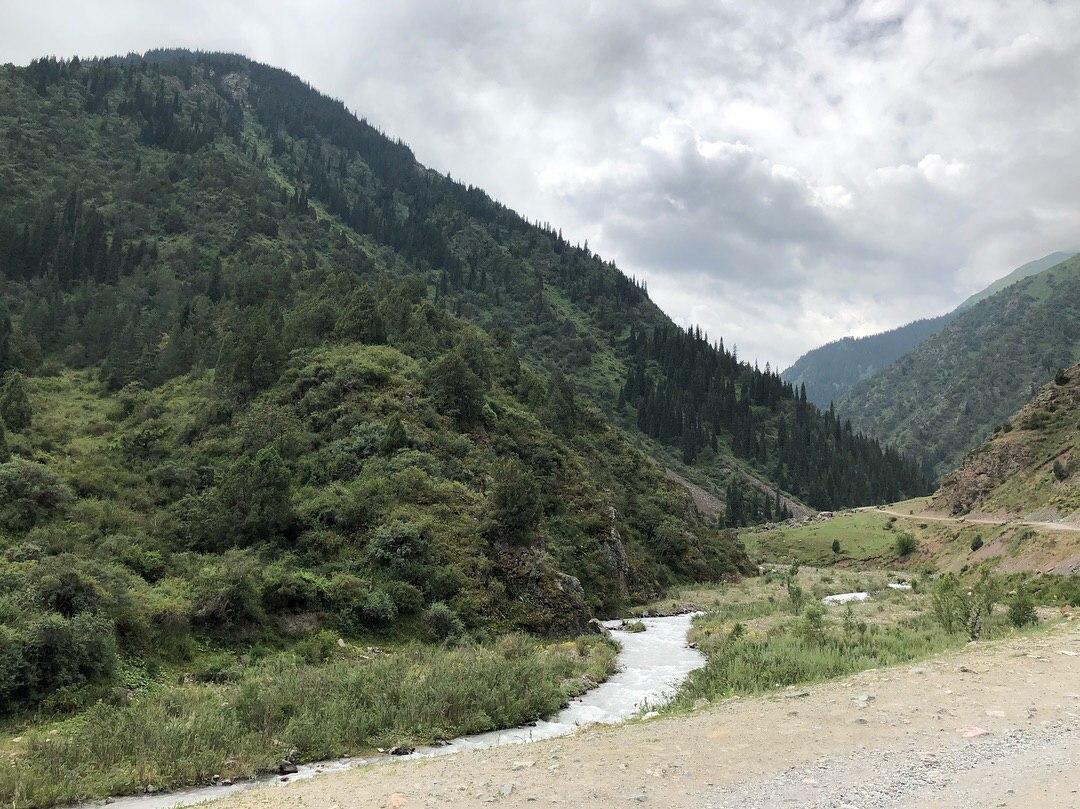 The reserve was established in 1948 and acquired modern borders since 1978. The idea of the creation of this reserve appeared as a result of some circumstances –  a lot of rare animals started to disappear, poaching and hunting turned into appropriate action and reached improbable proportions, and the deforestation of the beautiful Issyk-Kul forests has begun.

The population of snow leopards, Siberian goats, Marcopolo, brown bear, and ular is very small nowadays, it is all because of the actions of brutal poachers. For now, it is even hard to capture these animals on the photo, no matter what kind of cameras you have and how experienced you are – their self-preservation instinct is triggering, so they do not want to be seen. But if you still had a chance to get a photo, then you’re the lucky one and you should be proud of yourself.

The biggest part of the territory of the reserve is occupied by fields and meadows – it is around 1329 hectares, and a relatively small area, just about 687 hectares, is forests. A coastline that extends over 2 km and the entire water area of Issyk-Kul Lake is counted as the conservation zone of this reserve.

The nature reserve of Issyk-Kul was assigned to the wetland of international importance when the former USSR  signed the Ramsar Convention back in 1975. 24 species of mammals, 12 species of fish, 232 species of birds and 297 species of various plants are protected by the reserve.

The State Biosphere Reserve of Sary-Chelek is another unique place in the Kyrgyz Republic. This place is kind of hidden in the southern part of Kyrgyzstan, it is situated in Aksy district of the Jalal-Abad region. It exists since 1960 – the aim of the creation of this reserve is the protection and restoration of walnut forests and mountainous landscapes of Kyrgyzstan.

The area of the biosphere reserve has undergone lots of changes since it was created. These changes were made in order to increase the number of plants and animals that need to be protected. Today the reserve is 23668 hectares big. The reserve has a relatively mild climate: the winters are snowy and the summers are humid. Such climatic conditions were formed due to the mountainous terrain.

The second part of October is the time for predominant rainfall and the beginning of winter here. And the period from mid-July till the end of August is the time when the summer drought sets in. Sometimes it doesn’t rain at all in the second half of summer. The autumns are quite rainy here.

A moderate temperature regime and constant snow cover in winter set perfect conditions for the development of walnut fruit forests. During the Soviet period, an industrial garden was established on an area of about 80 hectares, grafting of wild apple trees with cultivars was carried out, and more than 150 forms of hybrid poplars were grown. But now the laying of cultural gardens has been discontinued.

Ala-Archa is a natural park in Kyrgyzstan and is administered by the Office of the President of the Kyrgyz Republic. This park exists since 1976 and has a very good location – the Ala-Archa Gorge on the northern slope of the central part of the Kyrgyz Range.

The National park is rich for flora and fauna and can be called a corner of paradise – it is very beautiful here, the nature of the park attracts thousands of tourists all year round and has a touristic potential. The thing is that one should remember about compliance with environmental measures.

The must-see thing at the park is archa (juniper), so the name of “Ala-Archa” is justified.

The cable car, equipped with comfortable wagons, will deliver the tourist to the ski complexes “Chebyk-Tybek”, “Chunkurchak” or “Shamsi”.

A park is a perfect place for wellness, day trips along the mountain gorges on horseback or just on foot in summer. And in winter, vacationers can go sledding or skiing – it will bring a lot of joy for sure.

Chon Kemin National Park is located in the southwestern part of the Chon-Kemin valley. The total area of the park is 123 hectares. The park exists since 1997. The main goal of the creation of this park is the preservation of natural complexes, forests, flora, and fauna, which have special ecological, aesthetic value. It includes almost all the forests of the Kemin region. There is a mausoleum of Shabdan Baatyr on the territory of the park.

We hope you found this article useful and informative. If you would like to explore the country further but not sure where to go and what to do in Kyrgyzstan, we recommend you to have a look at posts of our blog by tag “Kyrgyzstan”.

Active tour in Kazakhstan and Kyrgyzstan

We invite you to join a great combined tour in Kazakhstan and Kyrgyzstan, where you will visit the main natural highlights of these countries and get a great exercise during the trek in high ...

The Chon Kemin Valley is a beautiful valley and only about 2 hours from Bishkek. This east-west valley stretches for many kilometres into the mountains. It is rich in agriculture and forest ...

From
$2330
The tour price is 2330 USD. The price doesn't depend on the amount of people in a group. The tour will be fulfilled even if only one person book it.
More info
Login
Signup
Forgot password?