Mysterious Places of Almaty: Underground Church in the Mountains 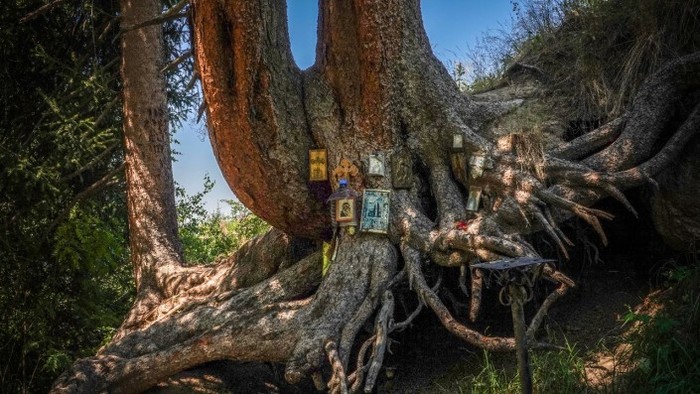 There are many beautiful and mysterious places in the vicinity of Almaty. One of them is the underground church of the hieromonks Seraphim and Theognost.

If you are reading this article, then you should be very interested in Kazakhstan tourism and Kazakhstan travel and looking for unique places. Here is the story of one of them. The underground church is located in the Small Almaty Gorge, or, to say it easier, the church is situated on Medeo, Almaty.

Two ascetics of the Christian faith, much later after death, in 2000 will be numbered as 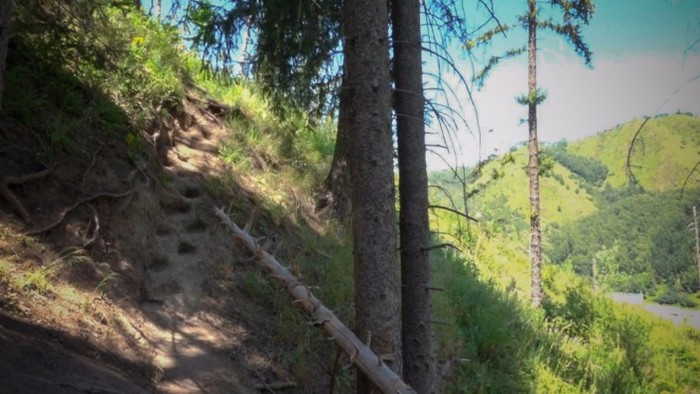 holy martyrs who died under persecution. In the souls and thoughts of believing Orthodox Almaty residents, they are considered the defenders and patrons of the city of Almaty. Because, as in life, earnestly prayed for the prosperity of the Verny (as Almaty was called until 1921) and the health of all who live in it.

Seraphim and Theognost, Russians of origin who took monastic rank in the Glinsky Pustynya – the oldest Russian monastery – arrived in Asia at the behest of their hearts and consciences before the October Revolution. This event overturned and trampled all faith (religion), but first of all Orthodox. Many true believers died in those years. 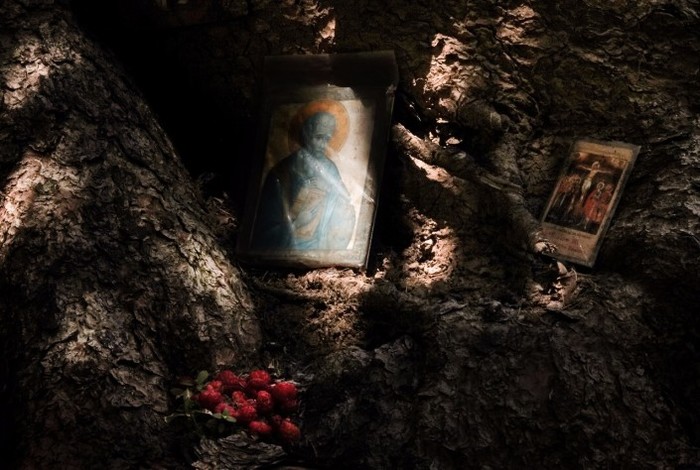 They went to death and torment, but they did not renounce the faith. Thus they saved their souls and strengthened the very Divine essence of Christianity.

Theognost built an underground church and Seraphim, who had iconographic talent, adorned her with his works. The name of Seraphim of Sarov was given to the church.

An unusual church appeared at the beginning of the last century. Two monks who were persecuted by the then authorities decided to go to the mountains. But there is also a version that they simply decided to get away from the bustle of the city. Under the roots of huge spruce, hermits dug up an earthen cave where they prayed and lived.

The sanctuary is in a very inaccessible place. It is surrounded by a small grove. Here you can feel the special atmosphere of secrets and mysteries. Tall spruce trees let in little sunlight, which is why twilight reigns in the grove on the brightest day, and on some trees, you can see traces of wax, driven nails and signs carved on the bark.

On the way, you may come across old dried trees and hemp. Near one of them, several branches peeled from the bark are leaned, which, apparently, serve as staves to pilgrims and tourists and help when climbing the mountains.

The path itself, which leads to the monastery, begins with earthen steps. Near the monastery is an observation deck. You can see a bright paint that peeled off and began to peel off, a rickety ladder, a huge trunk whitened by the sun and winds and barely passable bushes. It seems that this building has not been used for a long time.

Wild raspberries grow here. It is often collected by locals. Despite the fact that the road to the sanctuary is difficult and overgrown with grass, there are many pilgrims and tourists coming here every year.

Previously, the church was an underground cave. Over time, the «roof» of the monastery collapsed. Now there are two niches formed by the roots of huge spruce trees. A few years ago there was a big fire on Mount Mokhnatka. Many trees burned. However, the fire passed this place.

Many icons and crosses are striking. They are placed in small depressions under the roots of spruce trees and on tree trunks. Some icons are wrapped in plastic bags to protect from rain and wind.

Some pilgrims bring and leave pectoral crosses in the sanctuary. Some parishioners left a handful of berries as a donation. Others put a trifle on a special table.

It is known that in those days, the underground monastery was very popular with the inhabitants of the city of Verny, and sometimes parishioners did not fit inside. Therefore, after some time a new, more spacious monastery was built in the Aksai gorge. But that’s another story.

We hope you found this article useful and informative. If you would like to explore the country further but not sure where to go and what to do in Kazakhstan, we recommend you have a look at posts of our blog by tag Kazakhstan.

Almaty Sightseeing Tour is the combined experience to explore the significant city of Kazakhstan, as well as nature around it. Besides walking around the city, we will explore amazing areas ...

Kolsai lakes: three mountain lakes, which are often called the jewel of northern Tien Shan with steep, pine-covered slopes, located on the spurs of Kungei Alatau. These unique lakes are call ...