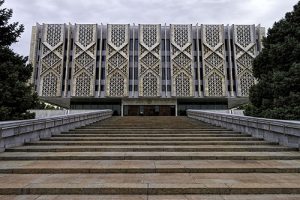 One of the best ways to learn about a country’s culture, history, and development in general is to observe its museums that will help to get information about a place faster than by living there and in a more interesting way than the one that is represented by just learning through reading, as the tour in a museum is both visually and physically (walking, taking pictures where allowed) engaging. In the country of our interest, Uzbekistan, more than  110 museum are counted to be established, most of which are under the direction of Ministry of Culture and Sports of the Republic of Uzbekistan. Tashkent has the biggest number of museums compared to other  cities in Uzbekistan. Some of the must-see museums there are following: 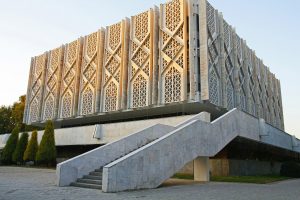 State Museum of History of Uzbekistan.

This museum has respect in Central Asia as it is one of the eldest educational institutions that was established more than 140 years ago (142 years back from  2018). The building in ins very appearance reveals the culture of the country, as its outer walls are decorated by kind of incorporating traditional ornaments, and the museum is decorated using the succession theme and the theme of stable cultural growth and development.  The institution includes rare archive materials, manuscripts, examples of sculptures, ceramic, glass and bronze utilities, the exposition starts with the Stone Age objects and ends in a modern Uzbekistan, resembling a time machine in 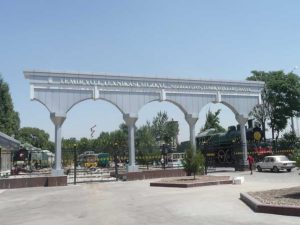 that sense. The building consists of 4 floors: layout of the gallery and administration are located on the first, on the second samples reveal the history from the oldest times to the Timurid’s epoch, and the ticket window is located there. On the third floor the period of the division of Uzbekistan’s territory between three  biggest feudal states- Khanate of Khiva, Khanate of Kokand and the Emirate of Bukhara- is represented. The fourth floor is given to the 19-21 century artifacts. Among the museum’s unique samples are: primitive man’s remains from the Sel-Ungur grotto (1,5 mln.y.B.C.), the stone statue with two snakes’ image found at the Fergana valley territory (2thousand y.B.C.), the decoration from the Bukhara rulers’ palace (6-8th centuries), the fragments of  wall paintings of 7-8th c.  found in the Afrasiab hill-fort, etc. 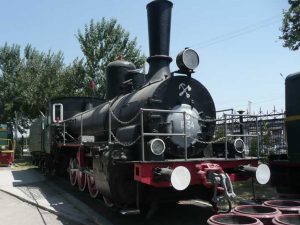 In one of the city’s central areas, the beautiful building with carved columns and blue and green colors dominating in its outer appearance found its place. In the old times, that building was a house and a property of the big fan of Eastern architecture and national ornament, Russian official Polovtsev who worked for special errands of the governor-general of Turkistan. The history of the museum is quite interesting: in 1927 the organization of the exhibition of the best works from all around the country took place, and the number of works started growing from year to year until it became ‘the museum of artisanal craft’ in 1937, then ‘constantly working exhibition of the applied art of Uzbekistan’ in 1960, and only after that, in 1997, the museum gained its modern name.  The cost of the ticket was 15000 soʻm (Uzbekistani money) as of October of 2018, plus 10000 soʻm photo and video shoot. The museum has over 7000 exhibits in there, including carpets, woodcarvings, jewelers’ arts, gold-embroidered ethnic units, tyubeteika (cap worn in Central Asia), and many other artworks.

This museum is young, it became 30 years since its establishment this year (2018). The history of that museum reminds about the history of the one we wrote about above, as firstly it was not intended to be a museum. In 1988, 100 years passed since the establishment of Central Asian railroad, and due to the celebration, the exhibition of locomotives was initiated that, as you might have guessed, became a museum from requests of many interested city residents. So, 13 steam locomotives, 17 diesel locomotives and, electric locomotives and 10 wagons are presented under the open sky along with other repair and construction equipment samples 0f 20th century. In 3 of the wagons, the exhibition is active that teaches the history of the creation of the Central Asian railroad, the means of communication, safety keeping, examples of railroad mans’ uniform are out there. The tour ‘in’ the museum can be made inside of the small train. An adult ticket cost 4200 UZS (Uzbekistani money), for a child, it cost 2000, and the tour cost 4200 from a person as of October 2018.