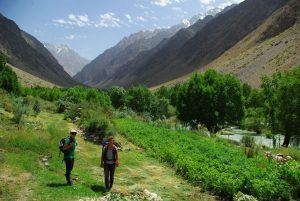 Another beautiful and exceptional destination on the Silk Road route is the country of Tajikistan, the country of Pamir Mountains and Ferghana Valley.

Let’s get an inside in this mysterious country with and Persian past and tourist lack.

Tajikistan tourism is not something you often hear somewhere, basically it is a very unpopular destination between the westerns, but it is indeed one of the countries with the most beautiful mountains in Central Asia. 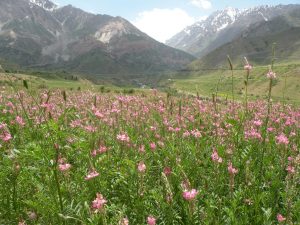 Pamir Mountains are a mountain range famous for many high (7000m+) peaks, the most popular from which are the Ismoil Somoni Peak,  Lenin Peak and Korzhenevkaya Peak, these range from 7000m to 7500m high and are very popular for climbing and trekking. It is annually covered by snow and the winters are long and cold, so the recommended visiting period for climbing is the summertime.

The Zeravshen Valley is another important site to visit in Tajikistan. It is 70km far from the borders with Uzbekistan. The most important thing to see here are the ruins on theold Panjakent- a wallet inter-city which stood 2500 years ago and 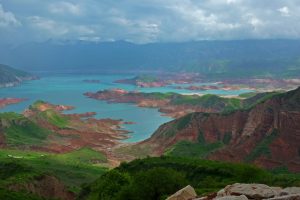 was a very important trading city on the Silk Road. Old Pajakent is often called “The Pompeii of Central Asia” due to the fact that now there’s nothing more than ruins left instead of the old magnificent city, though there are Duplicates of old Sogdian art exposed in the nearby museum.

After lot of nature and Valleys, one might want to get back to the crowded cities, and here are coming the two bigger cities in Tajikistan, Dushanbe and Khujand.

Dushanbe is the capital and the biggest city in the country with a lot of things to do and visit. Must sees are such places as the Statue of Somoni that is in front of the National Library. (note: the crown is made out of 10kg of tajik golds). The 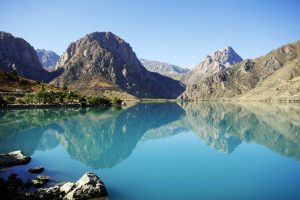 most important for visit though, is the Museum of Antiquities which includes a big number of exhibits that give you a fast intro the country’s history. The museum is poorly funded but has its own special magic even in that.

The second biggest city is Khujand with a must see of the old Khujand fortress that dates back to the 5th century BC. The Khujand fortress was considered the most fortified one in the Central Asia due to the end of 16th century.

And now, the best for the end, if the idea of visiting old places which are only 2500 years old seems mainstream to you, then here comes 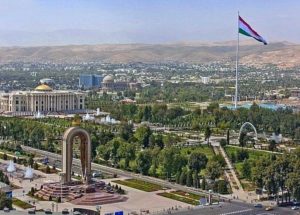 the oldest inhabited city in the world, Sarazm. Sarazm literally mean “the beginning of the world” and it is certain that it exists for more than 5500 years now and there are around 6000 people constantly living here.

Don’t waste your time, just visit Tajikistan and feel on your skin the history.

From
$1980
The tour price is 1980 USD. The price doesn't depend on the amount of people in a group. The tour will be fulfilled even if only one person buy it.
More info
16 days

Explore nature and city sights in North Tajikistan in 7 days

Explore Tajikistan through amazing sceneries of the capital, mountains, lakes and mosques. This country is prominent of its spiritual places and nature, where most mosques are built. In 7 da ...

This is a fascinating tour for history lovers! Tajikistan holds 3 ancient sites that travelers can visit easily today: Takhti Sangin (3rd century BC), Hissar Fortress (medieval ages), and an ...