Holidays in Uzbekistan – A cultural crossroad 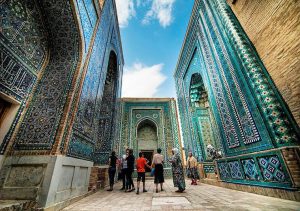 With a rich history more than two thousand years Uzbekistan is the home to a stunning arsenal of ancient cities and architecture. Throughout its history, it has been fortunate enough to be exposed to – and has accepted – various civilizations, such as those from Arab сulture and Macedonian, in modern times, Western civilization.  If other “Stans” attract people from all over the world with major highlights as landscape and nature, in Uzbekistan there is a concentration of amazing historical sights, unique authentic culture and traditions.

As we have mentioned above there are many places to visit in Uzbekistan. One of the most popular must visited places is undoubtedly Tashkent. This city attracts with a mixture of various cultures, bright colors, soviet 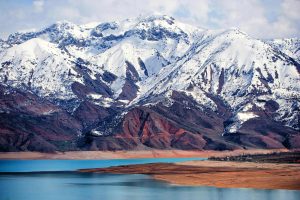 If you want to discover historical sites, there are ancient cities like Samarkand and Bukhara, through of which Great Silk Road passed. Samarkand is located 350 kilometers southwest of the capital. A city with a thousand-year history, referred to ancient history as Sogdiana or Marakanda, is the same age as Rome, Babylon and Athens and can be considered one of the oldest in the world. It should be mentioned that Samarkand is included in the UNESCO world heritage list as a “city of cultural crossroad”, and today impresses with the majesty and beauty of architectural monuments of the great Tamerlan era. No less fascinating city is Bukhara. Located 200 kilometers 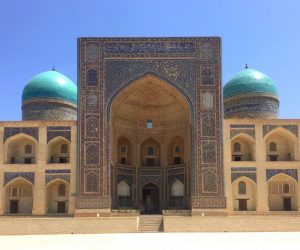 away from Samarkand, it has centuries-old history, where different civilizations have left their indelible mark on the architectural structures and overall character of the city.

This two cities are most popular tourist attractions. Besides them Uzbekistan offers other small towns with rich history like Khiva, Andijan, Mukus, Muynak and Karshi.

Another good reason to visit this colorful place is its people. Hospitality and openness of locals have been as a visit card of the country for a long time. The locals are very interested, and are always enthusiastic to help you and show around. All this facts make it a perfect destination to spend holiday.

Part of attraction of Uzbekistan is it’s cuisine. Uzbek cuisine is a big universe, a journey through of it can take a lifetime, and itwill be one of the best possible trips. Uzbek cuisine is known with its special recipes based on lamb and all sorts of vegetables. Cooked in accordance with the culinary traditions of thousands of years ago, local food is surprising and admirable.

The potential Uzbekistan tourism is quite big and it is developing year by year. Another thing that worth to mention is that Uzbekistan’s visa requirements. After the collapse of USSR, the country was closed and hard to enter for a long period of time,  however from 2017 it is easier to get. Residents of some 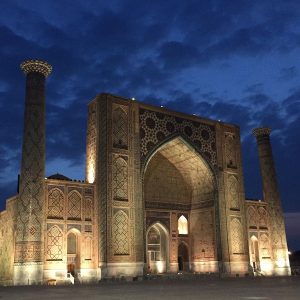 countries need just online visa while others need to get it in Embassies.

As, we have mentioned above, there many places to visit in Uzbekistan. One of the most amazing cities in Central Asia  is the capital Tashkent : such a mixture of various cultures, bright colors, soviet buildings, local bazaars will give you an opportunity to immerse into real eastern fairy tale in modern conditions.

Thanks to its locations, numerous historical sites and authentic culture Uzbekistan tourism is developing year by year. The thing that worth to mention, is that Uzbekistan visa requirements. The country was closed and hard to enter for a long period of time after the collapse of USSR, however from 2017 it is easier to get there. Residents of some countries need online visa while others need to get it in embassies.

If you are interested in visiting Uzbekistan our company offers guaranteed tours with different possible dates. We will be happy to organize your best trip to Uzbekistan. For further information, please, contact us.