The oldest building of the Akhpat monastery, the Church of Surb Nshan (Holy Sign), appeared in 972. Local residents passed on from generation to generation, the legend about a beautiful Queen Khosrovanush, the wife of Ashot III Bagratuni, who ordered the founding of this small Lori village monastery in honor of her sons Smbat and Kyurike. Not stingy, crowned spouses were discharged from Ani, the then capital of Armenia, the best architect 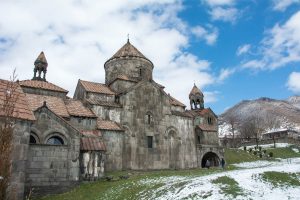 named Trdat, the author of several outstanding buildings of the city of 1001 churches.

After the fall of the Bagratuni dynasty, the monastery of Haghpat remained in disrepair for some time, but in 1064 it was given as a gift to the Zakarian princes, who revived its former glory. Under the patronage of the Zakarian Haghpat has got a bell tower, a library and a spacious refectory. Inside the Church of St. Nshan appeared beautiful frescoes, and the monastery complex was expanded more than three times.

Haghpat was also known for its only printing house in the district. The latter was not even 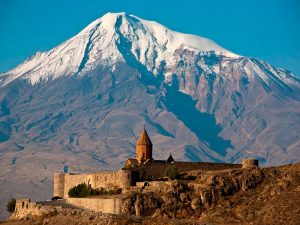 his eternal rival Sanahin monastery, which is only six kilometers away. Just like Sanahin, Haghpat is inextricably linked with thename of the great Armenian ashug Sayat-Nova. But if the poet and composer spent the first years of his life in Sanahin, then in the Akhpat monastery – the last. In 1786, the Georgian king Irakli II, whose Sayat Nova had served as a court singer for many years, suddenly subjected him to disgrace. According to some reports, Sayat Nova was the victim of slander, on the other-the poet had a passionate affair with Princess Anna, the sister of Irakli. One way or another, ashug was tonsured a monk and sent to Haghpat, where he spent the last twenty years of his life. Among the inhabitants of the village there is still a legend that contrary to the popular version, Sayat Nova never left the monastery, and his real grave should not be sought in Tbilisi, namely in the Akhpat monastery, near the weeping willow in the backyard of the Church of Surb Nshan. 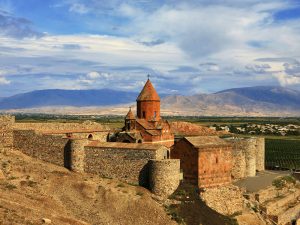 Khor Virap, so called the Church of the Holy Virgin, is located near the Artashat city, right on the border with Turkey. Tourists come here not only to enjoy the best view of the mountain, but also to visit the place where Christianity began in Armenia. The word “Khor Virap” in translation from Armenian language means “deep hole”. The Church was built in the XVII century. Initially, this place really was a deep hole, where later the King Trdat III imprisoned criminals sentenced to death. According to the description of the historian Agathangelos, the pit depth of about 6 meters was full of different reptiles, and the air was so foul that to stay alive the prisoners there was not a single chance. However, one person lived in Khor Virap for about 13 years, and this person was Gregory the Enlighter.

Gregory the Enlighterr sat in Khor Virap for 13 years, and only thanks to the efforts of a woman who lived nearby, he remained alive. Every day she lowered into the pit one bread. Later on the pit the Monastery was built, which was named as Khor Virap.