Georgian polyphony as an integral part of the life of Georgians 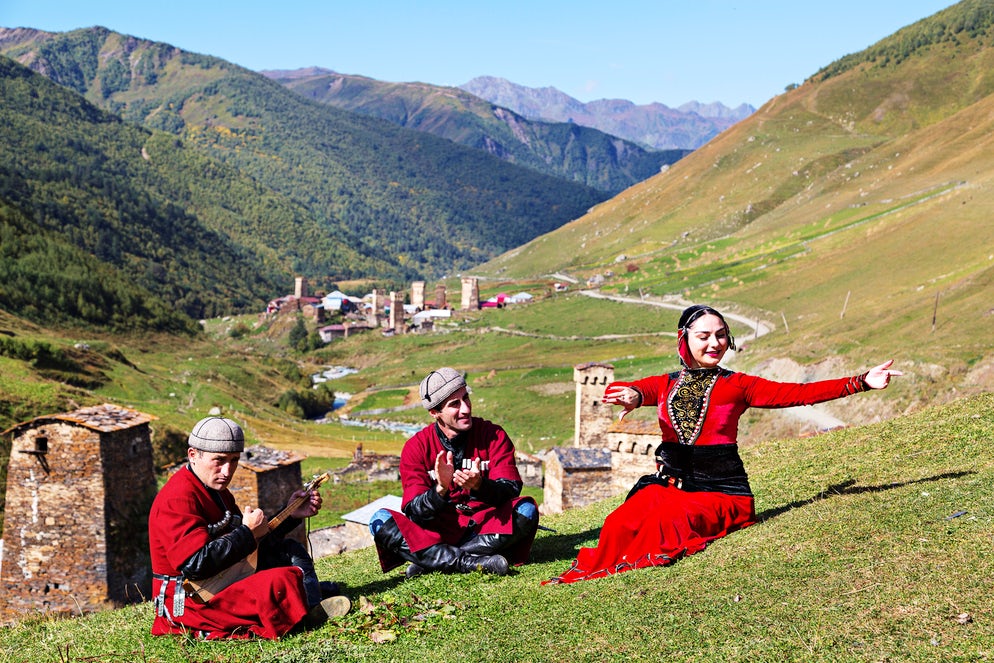 Georgian polyphony can be a pill from fatigue, anxiety, it helps to escape from everyday fuss, to forget about problems and obligations at least for a while.

Today, Georgian polyphony is famous not only in Georgia, but throughout the world – people value it, admire it, and try to adopt it. this interesting way of singing is one of the most outstanding traditions of Georgia. So if you are planning to visit Georgia and came across this article by tag “Georgia country culture” – then this article is definitely for you.

The website of the Ministry of Education, Science, Culture, and Sports of Georgia has assigned the Georgian feast and polyphony the category of cultural monuments of national importance.

This action should contribute to the popularization of the unique culture and traditions of Georgian people, their preservation and transmission to the next generation.

In 2001, the polyphony of Georgians has been recognized as a  masterpiece of the oral and intangible heritage of mankind by UNESCO. It is not a secret that polyphony has been one of the most important parts of Georgian culture and still is an integral part of the existence of the Georgian nation as a whole.

As for the traditional feast of Georgian, it is spread all over Georgia, both in cities and in rural areas. A feast culture is common in all Georgian communities, despite religious and national differences.

Existing for more than 1,500 years, Georgian folk music is striking in an amazing combination of eastern and western influences. A special voice technique and the use of close tones – that are the main characteristics of Georgian polyphony. The folk songs in Georgia are divided into several genres. There are songs that are sung just by women, such as healing songs and lullabies. The songs about war and glorious victories have been usually sung by men. And, of course, there are songs that are sung by men and women together.

The Georgian tradition of polyphonic singing is most likely older than Western Europe itself. Another interesting fact is that all Georgian songs were transmitted from generation to generation directly through a live singing tradition. Polyphonic singing has the most natural place in the social life of Georgia, both on holidays and in works.

Georgian singing is completely unlike any other, there are even their own notes. In fact, nineteenth-century musicologists who tried to shift Georgian folk songs and church songs to western notes were perplexed by this tradition of polyphonic singing.

Violating all the usual notions of “major” and “minor”, Georgian folk music is tonal. It is determined rather by discord and harmonious transitions.  This results in a bright stream of voices that converge and diverge, sometimes contradict each other, repeat, but always return to smooth harmony. The parallel fifths and octaves are still prevailed in Georgia, even though they are not recognized in Western music.

There are two types of songs: East Georgian and West Georgian. Songs of Eastern Georgia often have two soloing upper voices and a lower part with flexible long tones. The songs of Western Georgia are characterized by distinct polyphony, which often has a complex melodic structure that ignores harmonic consonance.

Western Georgia has the deepest polyphony, especially in Guria. Guria is the place where the composer Honegger tried to record a song for seven voices with notes. His efforts were unsuccessful. Each voice there had its own degree of freedom. And even the bass improvised there freely and gave out a solo. Mingrelians also perfectly know how to weave voices to make them unforgettable melodies.

The only place in Georgia where the mixed choirs can be heard is Mingrelia. Men and women sing together there. Syllable singing without definite words (glossolalia, such as “hooooheeeeey”) is especially characteristic for western Georgia.

A unique tradition of singing in three voices with pentatonic scales is still preserved in villages high in the mountains of the Caucasus, in a place called Svaneti. Usually, the songs there are accompanied by a changi – traditional Georgian instrument, or on the chianuri and panduri lutes (interesting fact: only men are allowed to play them).

An amazing harmony is created in eastern Georgian songs by bass that usually plays a long, constant melody without words and by the heroic tenors which are weaving the words on top of the melody. One of the most memorable, sonorous, deep, as if filled with Georgian wine songs can be heard in Kakheti.

The church music in Georgia is slower and quieter than usual, and its harmony and melody are closer to each other and unite in an even rhythm. It comes very distinctly from Byzantium.

When you listen to Georgian anthems, it seems that the singers are not breathing. Anthems are sung very emotionally, voices overlap each other, creating long moving harmonies.

In the 19th century, combining Western melodies with Georgian polyphonic singing, the popular genre of “urban music” appeared, and it is precisely today that can be heard in cafes and any car.

Today, many restaurants and cafes in Georgia attract their visitors not only with delicious Georgian cuisine but also with an entertainment program – a performance by a Georgian choir or dance ensemble. Basically, of course, this is an institution in large cities of Georgia, such as Tbilisi, Batumi, and Kutaisi. So, if these places are your vacation destinations in Georgia – then you are a lucky one.

We hope you found this article interesting. Learn more about the country of Georgia by reading posts of our blog by tag “Georgia”.

From
$1185
Price from 1185 USD to 1660 USD per person (the price depends on a group size). The price 1185 USD per person is available for groups of 6 people.
More info
Login
Signup
Forgot password?