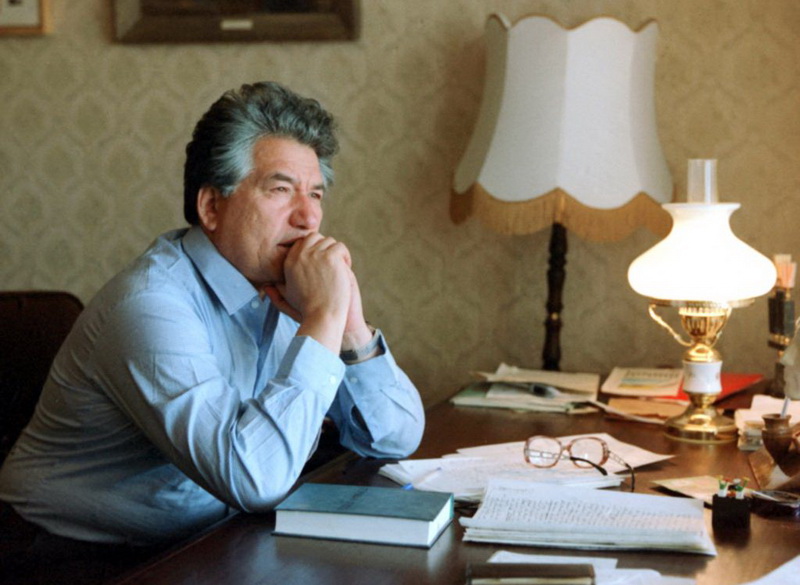 A couple weeks ago I was given the rare opportunity of taking a tour through the home of Kyrgyzstan’s most famous and influential author, the late Chyngyz Aitmatov.  Chyngyz Aitmatov’s lyrical prose masterfully infuses the traditions of Kyrgyzstan’s nomadic culture as well as various fables and myths into his stories.  He wrote in both Kyrgyz and Russian, earning international acclaim and awards for his literary genius.  His works have been translated into roughly 150 languages.

Upon first entering his house, I noticed an extensive timeline of Chyngyz Aitmatov’s life hanging on the wall.  I’ll give you a brief rundown.  Chyngyz Aitmatov was born in Kyrgyzstan in the Province of Talas in the village of Sheker in 1928.  His mother was actually Tartar and his father, Kyrgyz.  Sadly, his father died when he was still a young boy.  He was raised primary by his mother who made a point of exposing him to 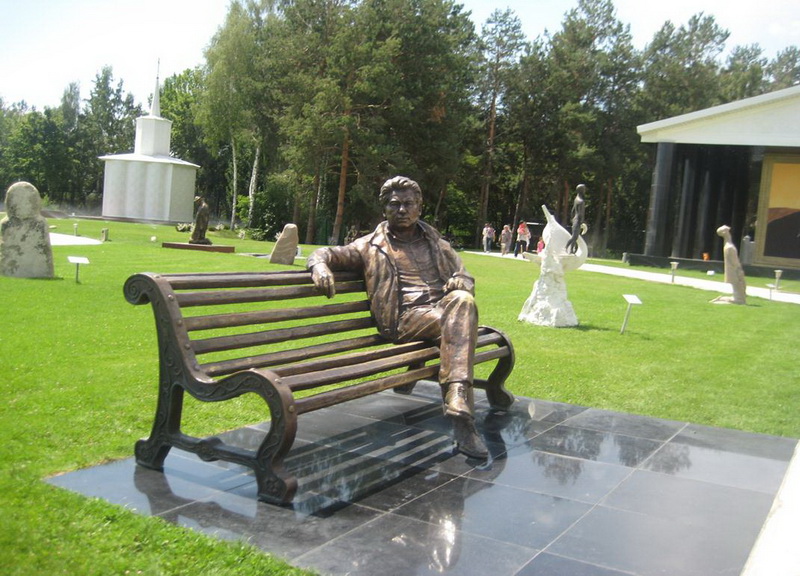 Russian literature.  When he first went to university in the capital city of Bishkek, his focus was on animal husbandry and agriculture, but after several years, he decided to pursue the study of literature in Moscow at the Maxim Gorky Literature Institute.  He studied there from 1956-1958.  In 1958, he published his first book that spread like wildfire, Jamila.  After Jamila’s amazing success, he continued on to write many other literary works in Kyrgyz and in Russian.

The first room I visited in the house was a dining room complete with artwork and decorated dishes displayed on the walls.  Then I was led into a living room of sorts that contained gorgeous furnishings, more artwork, and a piano.  The next room was particularly interesting to me.  It was an entire room filled with framed pictures 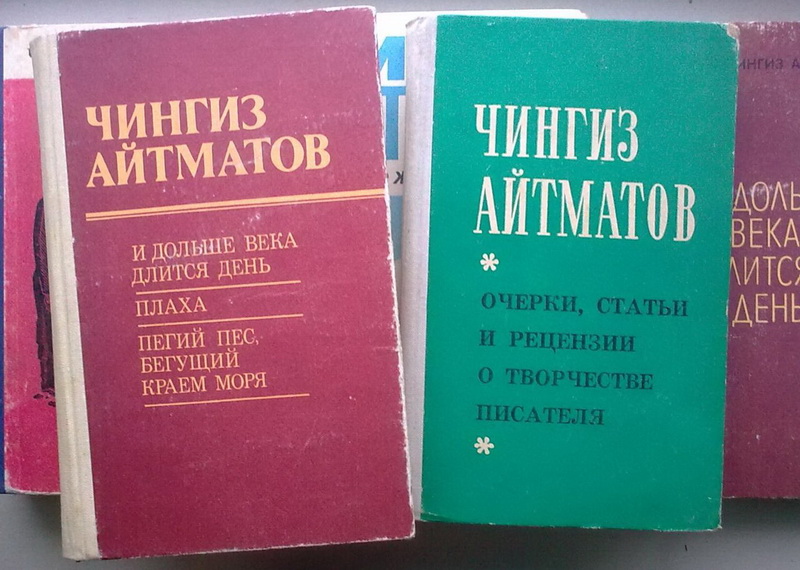 of Chyngyz Aitmatov with renowned authors, presidents of various countries, and movie celebrities.  It also housed some of his many literary awards presented to him by different countries.  I knew before I saw all these things that Chyngyz Aitmatov was well-known and respected, but seeing all those awards in different languages and countless pictures of him with celebrities from all over the world, it allowed me to more fully grasp the extent of his influence!

The walls of the next room I visited were covered in posters and advertisements for all of his books that were made into movies.  German, Turkish, Russian – I lost track of how many languages I saw on those posters! 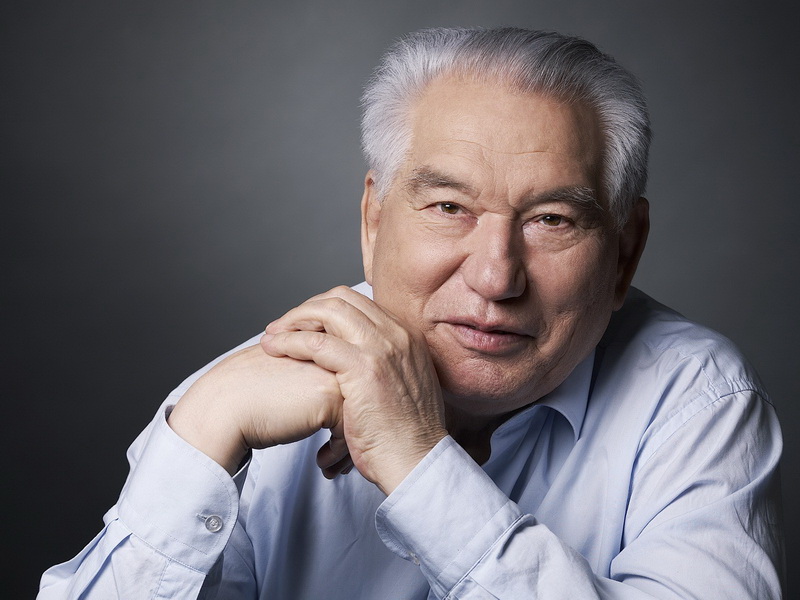 All of that pretty much made up the first floor, so we made our way upstairs.  Gorgeous, gorgeous paintings lined the walls of the staircase! I can’t even begin to describe the beauty of these paintings to you.  Many were nature scenes, some were of caravan travelers, but all of them took my breath away!  I tried to ask my tour guide if they were gifts given to Chyngyz Aitmatov or if he was a collector, but the origin of the paintings was unknown.

The last room we visited was Chyngyz Aitmatov’s personal study!  Instead of one big room, it was more like 2 connected rooms, both stuffed to the brim with bookcases.  It’s actually really impressive that he had been able to collect all these books because in Soviet times, not only were books expensive, but also just hard to come by in general, especially if you wanted to collect entire series. 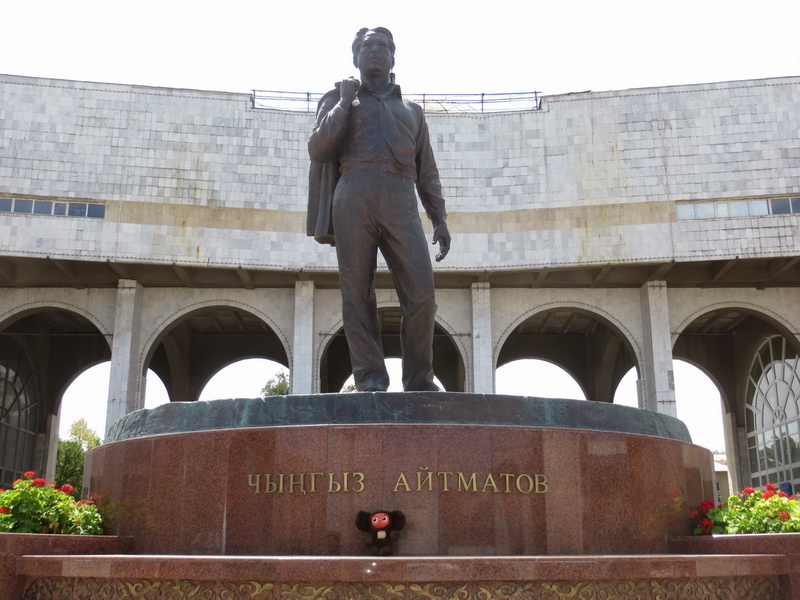 One room had a smaller desk and in the other room sat his personal writing desk spread out regally in front of wall to wall windows, sober and stately.   This was the best part of the tour, being able to see the spot where Chyngyz Aitmatov actually put his ideas on paper and they came to life!  Lying on his desk were pages of his handwriting.  I could envision him turning over idea after idea, deciding on just the right phrasing to create a new masterpiece that would make its mark on the world!

Chyngyz Aitmatov’s family plans on opening up the house as a museum in the next 1-2 years.  When it opens up to the public, I highly recommend visiting.

If you want to pick up some books by Chyngyz Aitmatov, I’ve included a list of some famous titles below.  People in the Bishkek area can look for his works in the bookstore called Raritet (Раритет).  It’s near the History Museum at Ala-Too Square where 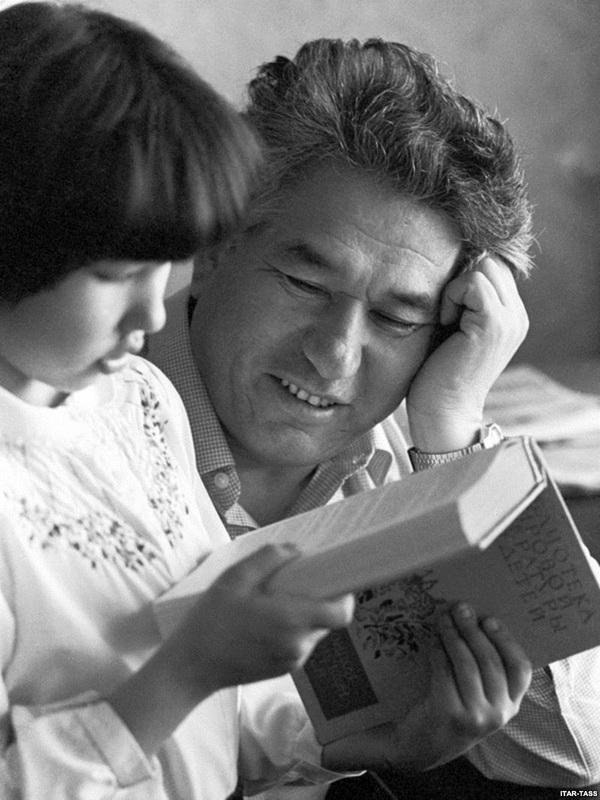 Tales of the Mountains and Steppes (“Повести гор и степей”, 1963)

From
$
The price depends on a group size.
More info
5 days

Suusamyr is vast valley south of Bishkek - Kyrgyzstan's capital and biggest town. The place is known for its epic snow conditions created at 3,000-3,500 meters above sea level under really l ...

From
$94
Price from 94 USD to 130 USD per person (the price depends on a group size). The price 94 USD per person is available for groups of 5 people.
More info
Login
Signup
Forgot password?