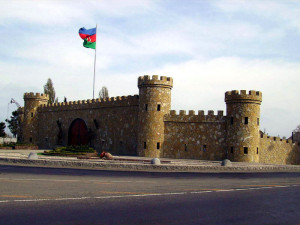 Azerbaijan city Lankaran has a very good geographical location with fertile nature and subtropical climate. In the vicinity of the town there are hot springs, the water of which is used in medical and health-improving purposes.

Getting there. Getting to the city is possible by rail, water transport and airplane. Lankaran International Airport is small and is used by civilian airlines and military pilots.

Districts. The city can be divided into three tourist zones. The coastal zone is formed by nature. Caspian Sea and healing black sand of this part of coastline are able to exert a therapeutic effect. Port is not only a transportation hub, but is also an attractive tourist destination. A new port was built in the immediate vicinity of the city, in the village of Vel, provides the city with new

Gaftoninskaya area, in addition to historical monuments, includes also recreation facilities. One of them is the sanatorium “Lankaran”, which health program is based on the use of hot mineral water available in Gaftoninskii forests.

Narimanabadskaya zone is located on the peninsula Sarah, in the Caspian Sea. This area began to develop in 1956, when the island Sarah was connected by isthmus to the mainland and became a peninsula.

Most of Lankaran is located on the shores of the Caspian Sea, therefore it is popular among fans of beach holidays and is equipped with hotels, hostels and 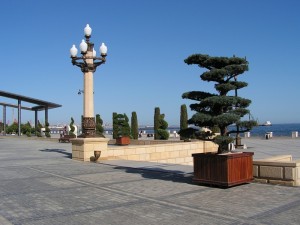 Entertainment, excursions and attractions of Lankaran. Lankaran city is not only the oldest, but also amazingly beautiful holiday destination in Azerbaijan. A large number of well-preserved landmarks aged 8-19 centuries and an immense cultural heritage made from this place a famous tourist destination.

Lankaran fortress. Special attention among Lankaran city attractions deserves a fortress built in the 18th century and well preserved in its original appearance, is awesome with its high stone walls with rows of sharp teeth. Once in the fortress there were two markets, large and small. But in the early 20th century on their territory were built mosques, which were the main places of worship of the city. 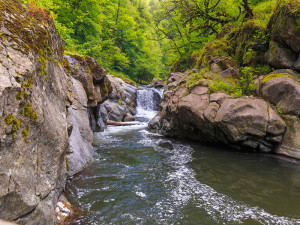 Khanega. Another Muslim religious establishment well preserved to our days – Khanega. This is a complex of mausoleums and mosques, hidden from prying eyes by a fortified wall. Khanega is located on the banks of Pirsagat river, near the ancient road from Shamakhi in Iran. Part of Khanega was a caravanserai, where could stay the pilgrims who came to venerate the relics. Khanega is known for its magnificent architectural decoration: artistic stone carvings, ceramic ornaments and ingenious paintings. Its main facilities are aged 12-14 centuries, but later on they were rebuilt and reconstructed more than once.

House of Mirakhmad Khan. In the city center there is a house of Mirakhmad Khan – one of the most beautiful buildings of Lankaran. This palace was built in 1913. Despite the fact that the author of the project was a French architect, in the construction of the building were used many elements of national architecture and decor. In addition, a three-storey palace is the first high-rise building in the city.