In the last century it was called “Oriental Paris”, today modern Baku more resembles Dubai, by the way they both have the same source of wealth – oil. Baku, however, manages to acquire a modern look, without losing the charm of the ancient city, carefully keeping the heritage of antiquity. There ultramodern architecture blends with medieval buildings. At the same time Baku was and remains the eastern city, with its characteristic flavor of mysterious Orient. Here early in the morning you can go on a bustling bazaar and buy a carpet, woven by hand, to have delicious lunch with traditional Azerbaijani cuisine prepared according to recipes handed down from generation to generation, and in the evening the same day, to have a drink or two in trendy bar Bentley’s, that is in the Four Seasons hotel and go to admire the futuristic skyscrapers “Flame Towers”. 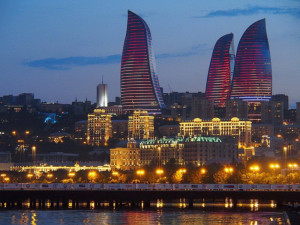 Baku Tourism Information Centre is opened since 2006, which provides information on the major tourist sites and attractions of the city. It also runs a telephone contact center, providing free information support for guests. In addition, BTIC can book tickets and hotel rooms, offers tours of the city and the country with professional guides-interpreters, gives all kinds of booklets and maps of Baku and Azerbaijan. Address: Str. Gadjibekov, 36; Phone: (+994) 124-98-12-44, 598-55-19, (994) 503-24-72-82.

Baku Hotels. In Baku there are a lot of hotels, many of them are of surprisingly high quality. Apart from very budget options (where you need to follow the standard security measures, especially if you are a solo traveler), in the capital, you can find a comfortable hotel for a very reasonable price. Also in Baku you can stay in a couple of “Hyatts” and “Radisson SAS”. 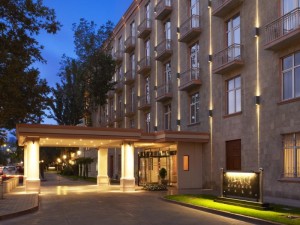 Holiday options in Baku. In Baku are opened several water parks, which are ideal place for family holidays. Azerbaijan’s largest water park is considered an AF Hotel-Aqua Park, located on the shores of the Caspian Sea in the village Novkhani. This attraction offers 3 water slides, restaurants and bars, a kids club, has a team of animators, organizes funny contests. Another popular among tourists waterpark Studio 2 Bavarius is located in Mardakan settlement, where in addition to the attractions you can see concerts of world stars of show business.

Fans of active rest should visit an entertainment center Metkarting with its karting and bowling. Shopaholics are welcome to a huge number of Baku stores, fans of night partying can visit discos and clubs, including Amburan Beach Club, Capones, N-Brothers etc. 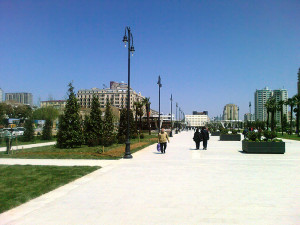 Entertainment, excursions and the sights of Baku. All city’s attractions can be divided into three parts: the Old Town, the buildings constructed during the Soviet period and modern Baku. The old part of the city, Icheri Sheher, an impressive area of 22 hectares. 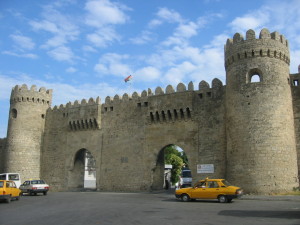 mosque, Bukhara caravanserai, Chin mosque, castle Donjon, Caravanserai Kasim bey and many others, In addition, there are no less interesting museums and theaters of Baku.

70 km south of Baku there is the largest in CIS cluster of petroglyphs Gobustan, which includes more than 4 thousand unique rocky areas, caves, rock fortresses and cemeteries, sprawling over an area of 100 sq. km. The age of drawings is about 10 thousand years. Plots – documented way of living of people and species of animals once lived in this area. Among the particularly interesting exhibits – a rock with a Latin inscription that tells about the stay in Gobustan of Roman legion centurion in 1st century.