A Map of Kyrgyzstan: Dive in & Explore! 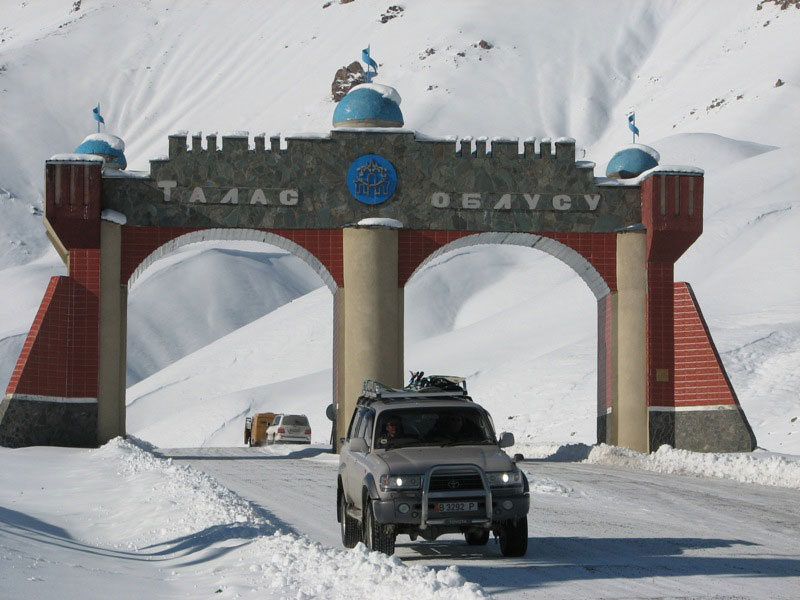 “Where the heck is Kyrgyzstan?  I didn’t even know that was a country!”  This is a common reaction for most people when confronted with the country of Kyrgyzstan.  To find Kyrgyzstan on a world map, just look for China and Kazakhstan (south of Russia).  You’ll see Kyrgyzstan tucked away between China, and Kazakhstan, supported by Uzbekistan from underneath.

Kyrgyzstan is a relatively small country infused with an ancient nomadic heritage and packed with incredible beauty!  A topo map of Kyrgyzstan will show you that the country is almost entirely mountainous.  The mountains in Kyrgyzstan aren’t just overgrown hills either; they’re majestic snowcapped beauties that dominate the entire country, looking over blooming meadows, luxurious valleys, and tranquil alpine lakes.  Most of the country is comprised of two main mountain ranges: the Tien Shan and the Pamir Alai Mountains. 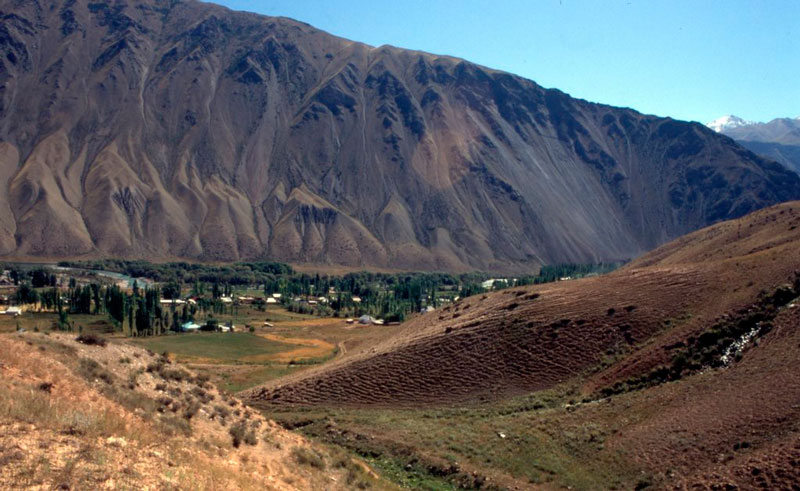 Kyrgyzstan doesn’t have a large population (roughly 5.5 million), so most of the country is beautiful, expansive wilderness.

If you look at a map of Kyrgyzstan, you’ll notice that it’s divided into 7 provinces: Chuy, Issyk Kul, Talas, Naryn, Jalal-Abad, Batken, and Osh.  To give you a better idea of what mysteries Kyrgyzstan’s map contains, let’s break down the provinces to see which highlights each contain. 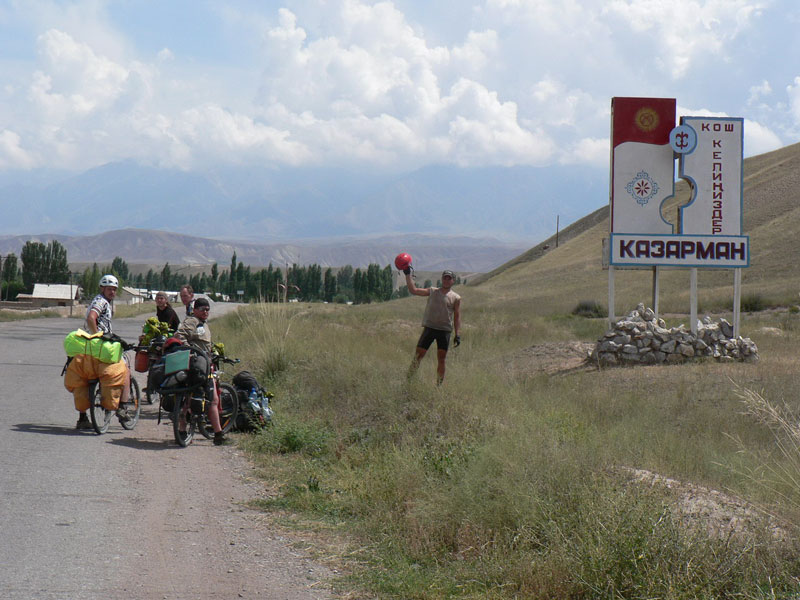 About 20-25% of the country’s population resides in Bishkek.  Russian is the lingua franca here, but outside the capital city Kyrgyz is moredominant. The Chuy Province also contains the Suusamyr Valley, some of the lushest pastureland in the country.   As a result, many Kyrgyz nomads reside here with their herds.

Welcome to the province that holds Kyrgyzstan’s greatest treasure, Lake Issyk Kul.  Lake Issyk Kul is the world’s 2nd largest alpine lake (6,236 sq km, 2,408 sq mi) and provides a kind of ocean in the middle of this landlocked country, but with a snow-capped backdrop.  Lake Issyk Kul is Kyrgyzstan’s most popular destination.  The surrounding area also contains a plethora of devastatingly beautiful gorges that are popular with outdoor enthusiasts: 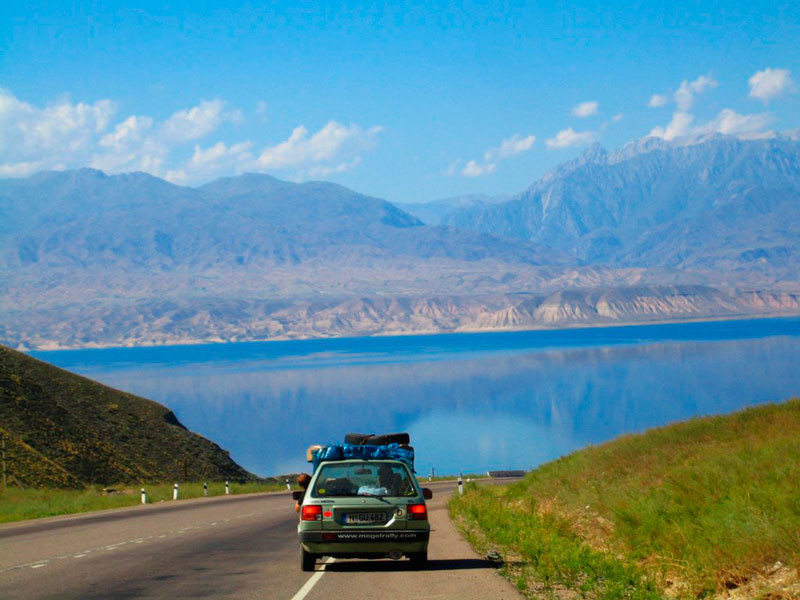 The city of Talas is this province’s greatest attraction.  Talas is rumored to be the home of Kyrgyzstan’s legendary hero, Manas, who was responsible for uniting the 40 nomadic tribes of Kyrgyzstan.  A complex and museum dedicated to Manas lies just outside the city. 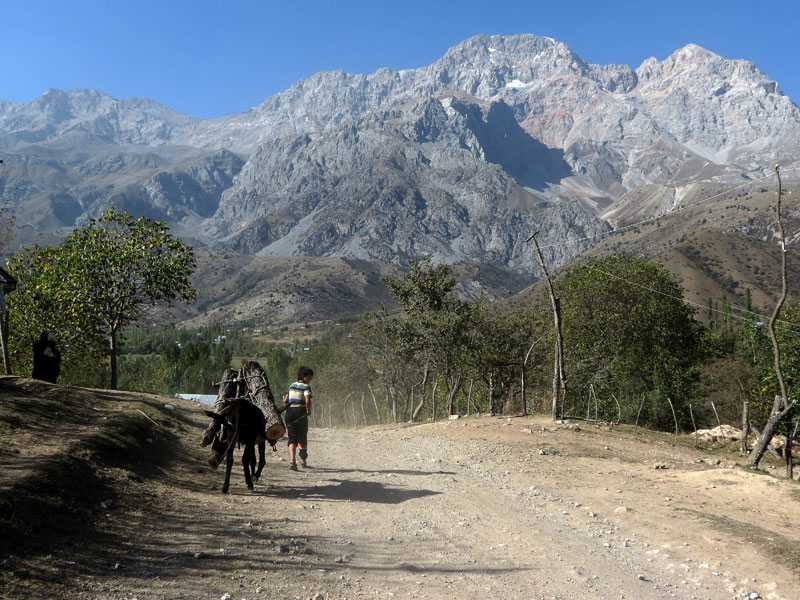 as an ancient Silk Road caravanserai, Tash Rabat.  Due to its altitude, it’s also the natural habitat of the Marco Polo Sheep.

The province of Jalal-Abad contains the world’s largest naturally growing walnut forests found in Arslanbob (10,000 hectares).  These forests produce over 1,500 tons of walnuts each year!  Another jewel in the midst of this province is the Sary Chelek Biosphere Reserve, home to one of Kyrgyzstan’s most stunning and wild alpine lakes and the natural habitat of the Siberian Ibex.

If you look at the southern portion of a Kyrgyz map, Batken is a remote province close to the 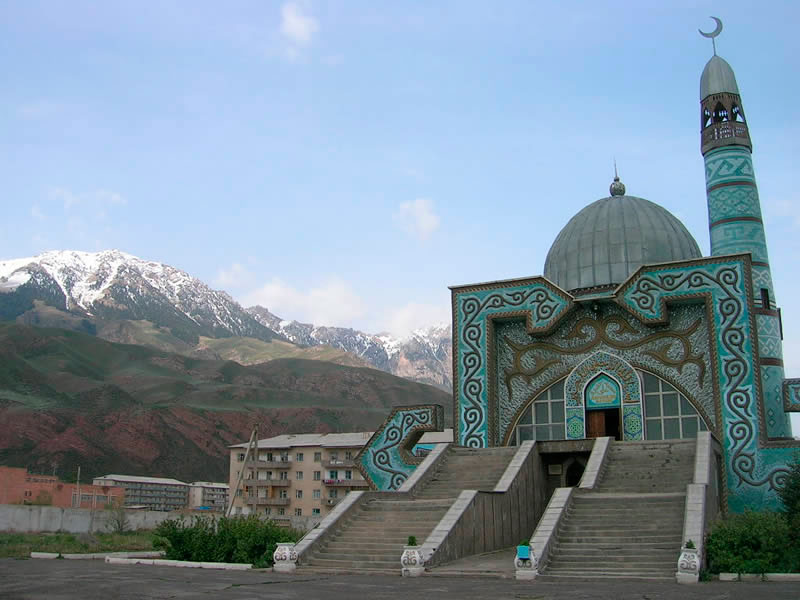 Tajikistan border.  The northern part of the province is part of the Ferghana Valley and has gained celebrity status in Kyrgyzstan for producing some of the juiciest, most delicious apricots in Central Asia.

The province of Osh contains Bishkek’s “southern capital” the city of Osh.  Osh is said to be over 3,000 years old with a bazaar that’s been in existence since the times of the Silk Road.  The city also contains the sacred mountain, Sulaiman Too, which is a frequented place of pilgrimage. Another famous destination in this province is Lenin Peak (7134 m, 23,406 ft), considered the most accessible peak in Kyrgyzstan over 7000 meters tall.

While a map of Kyrgyzstan might make the country appear small, Kyrgyzstan is bursting with breathtaking scenery, lush landscapes, and fascinating places.  The untamed natural atmosphere coupled with that fact that it’s largely unknown makes it a rare find for travelers.   You’ll find there’s no greater place for authentic new experiences than Kyrgyzstan.

From
1345 €
The price depends on a group size. The price 1345 EUR per person is available for groups of 4 people.
More info
7 days

From
$970
The tour price is 970 USD. The price doesn't depend on the amount of people in a group. The tour will be fulfilled even if only one person buy it.
More info
6 days

From
$2690
The price depends on a group size. The price 2690 USD per person is available for groups of 4 people.
More info
Login
Signup
Forgot password?