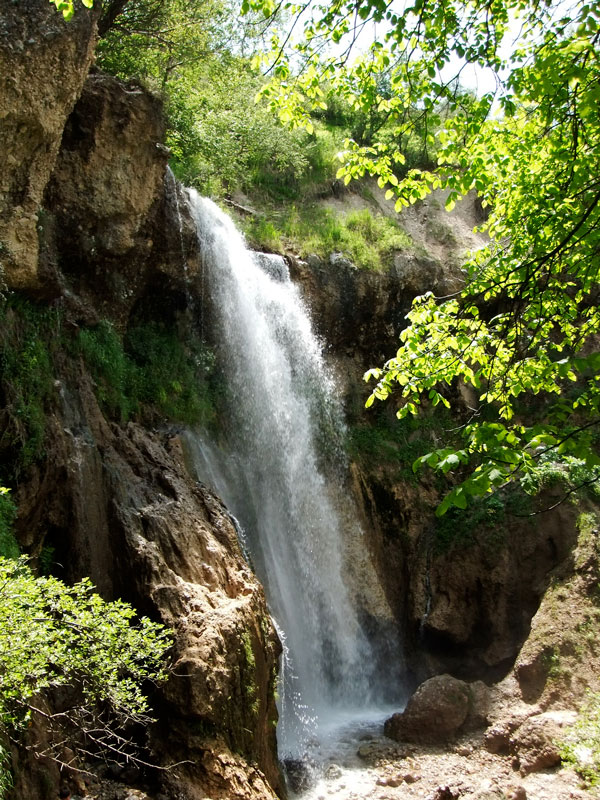 Kyrgyzstan’s landscape holds a lot of awesome natural features: canyons, alpine lakes, gorges, caves, mountains, meadows, valleys, etc.  One feature in particular makes for great hiking, cycling, and horseback riding destinations: the waterfalls of Kyrgyzstan.  Sine Kyrgyzstan is so water rich compared to the other Central Asia countries due to vast amounts of glacial run-off, there are lots of rivers and waterfalls spread around the country.  You can visit dozens of waterfalls in Kyrgyzstan, but I’ve put together a list of 8 that are really stunning for you to check out.

Shaar waterfall is the biggest waterfall in the whole of Central Asia, measuring over 300 meters tall! To find it, go to the Naryn Province and into the Bash-Kaindy Gorge.  The thing is so massive that you can spot it from 45 km away as you drive up the road into At-Bashi.

Another waterfall in the Naryn Province is 33 Parrots.  It’s close to Lake Song Kul, a beautiful mountain lake located in the middle of green pastureland used by nomadic herders.  The waterfall is 30 meters tall and rests at about a 2600 meter elevation.

Tears of the Snow Leopard Waterfall 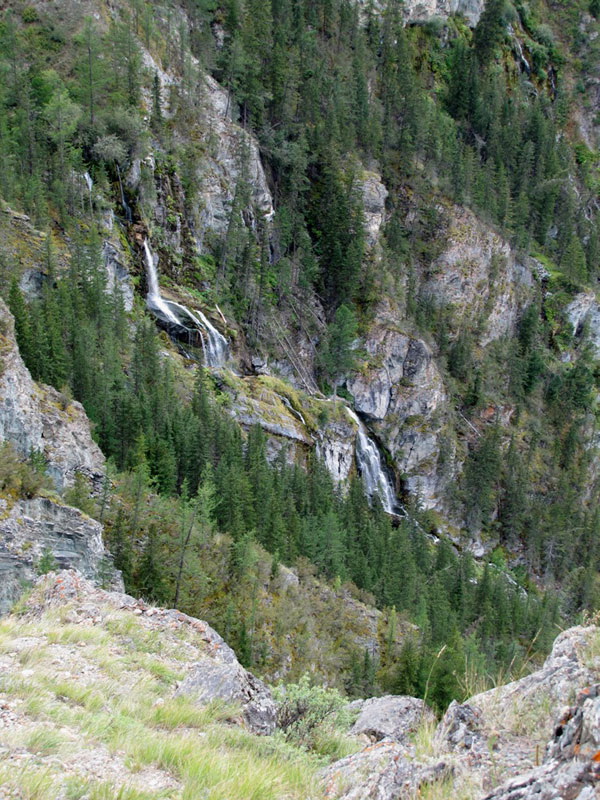 Just south of Lake Issyk Kul in Barskoon Gorge, you’ll find a waterfall named “Tears of the Snow Leopard.”  This is a popular waterfall to visit because it only takes about 30-40 minutes of hiking through the gorge before you get to it.  The waterfall is 100+ meters tall, located in a beautiful setting. If you’re already planning on going to Lake Issyk Kul’s southern shore, it’s a nice day outing.

Eighty-five kilometers outside Bishkek is one of Kyrgyzstan’s most beautiful gorges, Kegety Gorge. Inside the gorge stands Kegety waterfall, located roughly 2000 meters above sea level and 30 meters tall.  If you’d like to combine visiting the waterfall with another destination, Burana Tower, a Silk Road monument, isn’t far away.

Maiden Tears Waterfall is 15-20 meters tall and rests in the Jeti-Oguz Gorge.  To get there you have to hike about 40-50 minutes, but it’s worth it!  This is an especially popular destination for people that are already visiting the Jeti-Oguz “Seven Bulls” red rock formations in the surrounding area. 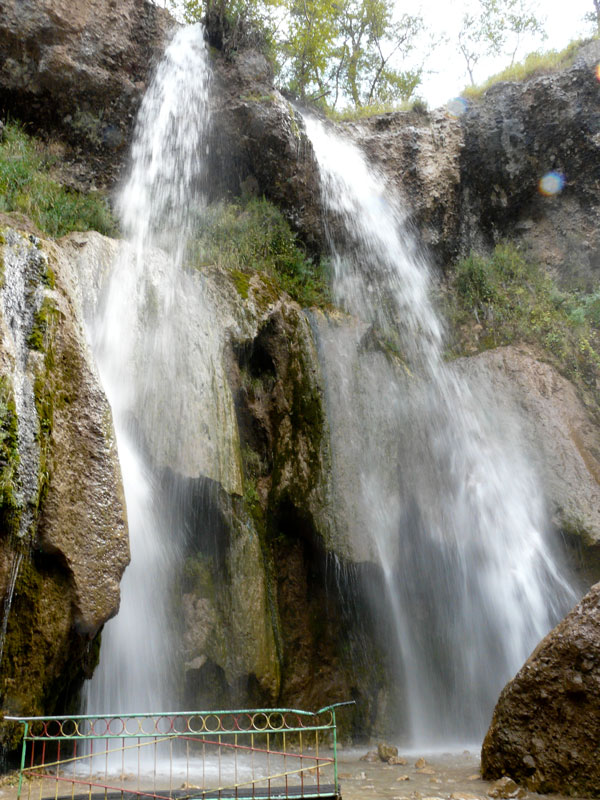 All of these waterfalls are really spectacular in the summer, but don’t discount trips to them in the winter.  Kyrgyzstan’s winters are so cold in the mountains that the waterfalls actually freeze!  There’s no way to describe the beauty of these cascading waterfalls as they stand frozen in time, glistening under the winter sun.  So whatever season you’re traveling in, stop by one of these beauties and enjoy the unmatched scenery of Kyrgyzstan’s wild landscape.

From
$970
The tour price is 970 USD. The price doesn't depend on the amount of people in a group. The tour will be fulfilled even if only one person buy it.
More info
Login
Signup
Forgot password?