6 Eccentric Animals that Live in Kyrgyzstan

Kyrgyzstan houses a lot of rare and unique wildlife you might never have even heard of if you have never traveled to this region of the world. The gorgeous, yet harsh mountain landscapes of Kyrgyzstan require the most resilient of animals. Below are 6 animals in Kyrgyzstan that are extremely unique in the own ways including some endangered animals and Kyrgyzstan’s national animal. 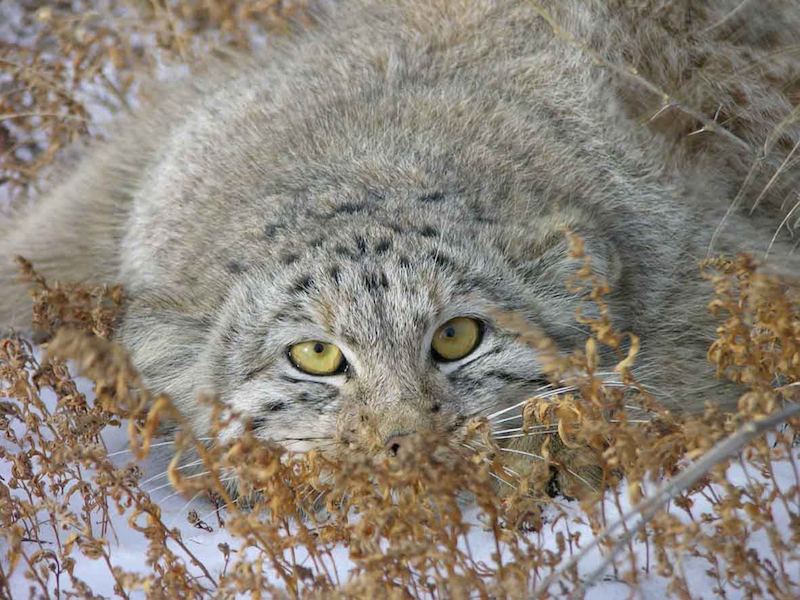 The Pallas’ cat is one of the smaller wild animals in Kyrgyzstan. This mountain feline is about the size of a domestic cat, but looks slightly larger due to its thick fur that looks suspiciously like it has just been run through a dryer. Like many animals in Kyrgyzstan, the Pallas’ cat is nocturnal and it spends most of its down time sleeping in caves or rock fissures. Its flat face, widely-spaced ears, and body fur explosion give it a wild look that sets it apart from domestic cats. You can find this cat anywhere from western Iran to western China.

(The little Hercules that could) 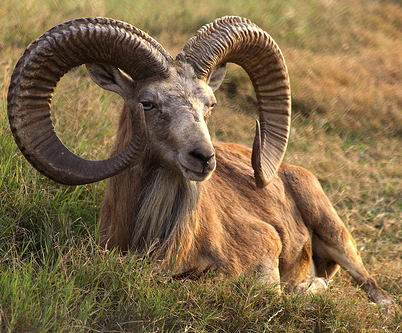 The rhinoceros beetle gets serious points for having the most unique look of all the animals that live in Kyrgyzstan. Kyrgyzstan’s rhino beetles sport a rhino-like horn, although this is not the most interesting thing about them.   These beetles can carry 850 times their own weight! Hence, their other name, the Hercules beetle. On top of this, these little guys have what appear to be two sets of wings. The first set is actually a set of hard casings that protect their true wings, but that hinge outfrom their body at a 90 degree angle.

(Animal with a twist)

Marco Polo sheep are the largest of all wild sheep. Weighing over 140 kg anddisplaying long, curled horns, they are also one of the most exotic-looking wild animals in Kyrgyzstan. For this reason, these sheep are highly sought after by hunters and are now included on the list of endangered animals in Kyrgyzstan.   Marco Polo sheep live in grasslands ranging from 3,000 – 5,500 meters. In Kyrgyzstan, you can find them in the heights of the Pamir Alai and 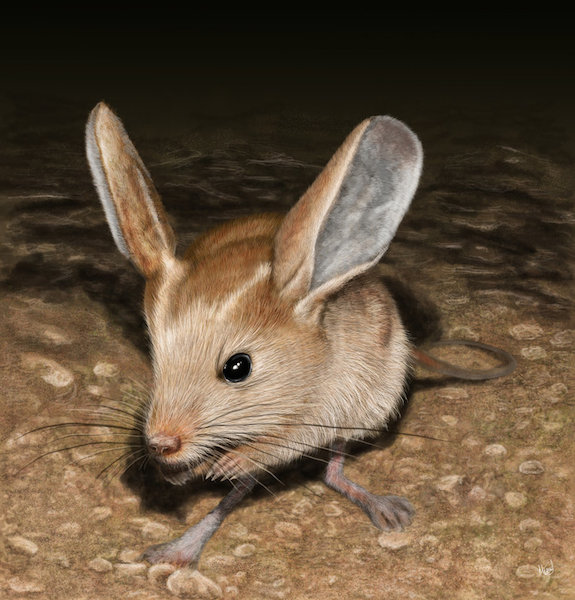 Tien Shan Mountains. Their only natural predators are wolves and snow leopards.

Never heard of this animal? With a name like “Great Jerboa,” you would think this was a large, fierce creature. Actually the great jerboa is a small, desert rodent that hops around the steppes of Central Asia like a mini kangaroo. They can run up to 24 km/hr if being chased by a predator, live for up to 6 years, and go into hibernation from the first frost of autumn to the beginning of spring. Definitely one of the coolest animals that lives in Kyrgyzstan.

The stone marten is a wild animal in Kyrgyzstan that is related to ferrets and minks. This cheery creature will eat anything from raspberries and pears to rats and mice. It can be found in Europe and Central Asia. The stone marten is nocturnal, but you may see it during the day in the summer. In the 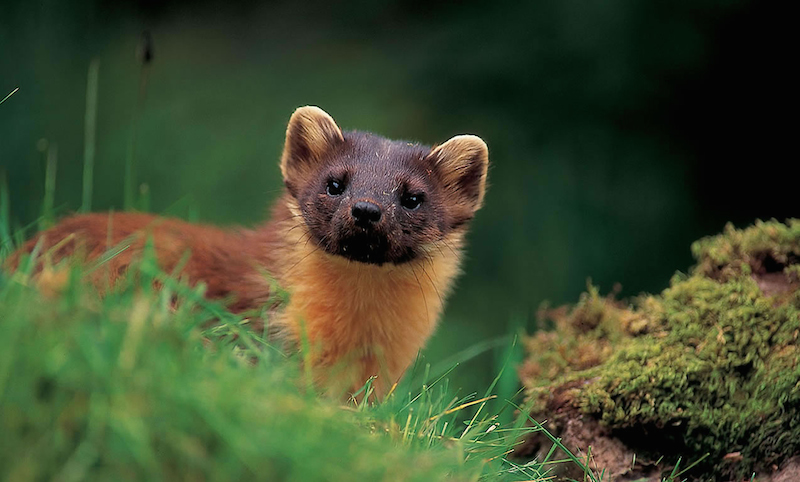 winter, the stone marten likes to make its life easier by using the paths left by skiers to get around Kyrgyzstan’s snowy mountains.

The snow leopard could well be considered the Kyrgyzstan national animal. This beautiful big cat lives high in the mountains of Central Asia between 3,000 – 6,000+ meter elevations. Reclusive and elusive, it is difficult to catch a glimpse of these magnificent beasts. With a tail almost as long as its body, broad paws with excess fur padding, and a coat that provides

perfect camouflage, the snow leopard can ambush and chase its prey like a deadly mountain wraith. It is unknown how many of these big cats still live in the wild, but we know that numbers are small and dwindling. As such it has also been declared an endangered animal in Kyrgyzstan.

These 6 animals are just a taste of what Kyrgyzstan has to offer. Other animals in Kyrgyzstan include wild boars, brown bears, Siberian Ibex, wolves, foxes, porcupines, Turkestan Lynx, Tien Shan Elk, Golden Eagle, and over 150 other bird species to name a few. If you want to see some wild animals in Kyrgyzstan for yourself, popular tours include bird watching tours and Marco Polo (and/or Siberian Ibex) photo hunts. Don’t miss out!

From
$1135
The tour price is 1135 USD. The price doesn't depend on the amount of people in a group. The tour will be fulfilled even if only one person buy it.
More info
6 days

Ever dreamt of crossing the whole country by cycling? Here is the chance to explore nomadic land from Talas, the capital of the most western province of Kyrgyzstan to Ak-Bulak on the east si ...

Spend 2 glorious weeks cycling around the world's second largest alpine lake in a country not often visited by western tourists- Kyrgyzstan. On the way you will meet modern day Kyrgyz nomads ...

From
$1980
The tour price is 1980 USD. The price doesn't depend on the amount of people in a group. The tour will be fulfilled even if only one person buy it.
More info
22 days

From
$2270
The tour price is 2270 USD. The price doesn't depend on the amount of people in a group. The tour will be fulfilled even if only one person buy it.
More info
14 days