5 Things you have to try in Azerbaijan 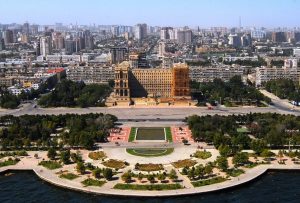 Azerbaijan, or simply, Land of fire, is one of the countries who nowadays invest more than anyone else in the promotion of the national tourism, and they have some really amazing places we want to tell you about. See following what are the 10 places not only worth visiting but a must-do.

Listen to the song of Gobustan

On the area of the natural park Gobustan are more than 6000 petroglyphs made by many generations from the Upper Palaeolithic period to middle Ages. Here you can admire the scenes of daily routine from that period, inscriptions in Arabic and Farsi and even autograph left by 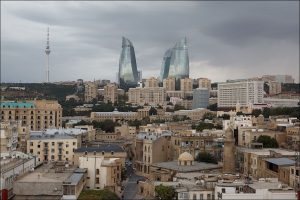 roman legionaries. The most famous part of Gobustan is the “singing stones”- Gavaldash. That’s the oldest rock music in the world and a Cultural Landscape that is part of UNESCO World Heritage sites.

The Maiden Tower is the symbol of Baku and without a photo on its behalf; nobody will ever believe that you were in Baku. It is a very mysterious tower, and still nobody knows for sure when it appeared how and why it is called this way, though any local will tell you many legends and stories about this place. 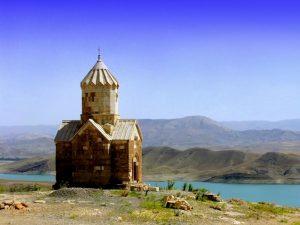 Try to measure the temperature of the mud volcanoes

It is said that almost 50% of the mud volcanoes worldwide are located in Azerbaijan- on the coast of the islands and the coast of the sea. Everybody loves making pictures of this Martian-like landscape, which looks terrifying and hot. Truth to be spoken, despite the steams spewing dirt, are not hot at all, so go for it and measure it yourself!

Feel like a king in the Sheki Khans palace

The palace was built in the 18th century as a summer residence of Hussein-Khan Mushtada. This palace is considered as an unique architectural wonder of Azerbaijan, the big 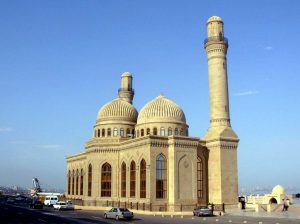 palace was made without a single nail!

Make a visit through chimney

In the ancient mountain village Khinalig you can feel yourself Santa. This village is high in the mountains at an altitude of 2100-2300 meters and until recently was not available most of the year, therefore the locals conserved their own language and traditions, moreover, they call themselves the direct descendants of Noah’s son Japheth. These people build their stone houses one above another, therefore the roof of one house is a yard for another neighbour. Often, the only way to enter a house is through the chimney, what kyaty do all the time, they visit their neighbour through the chimney.

Enjoy the beautiful Azerbaijan with us!

Look more on our site and book now an Azerbaijan tour.