4 Must-See Ancient Monasteries to Visit When You Tour Armenia

Armenia is a fascinating country that is not frequented by lots of travelers.  Located between Georgia, Azerbaijan, Iran, and Turkey, Armenia is the smallest of all the former Soviet republics, but with quite possibly some of the richest history.  Ancient Armenia is the home of the famed Mount Ararat mentioned in the Biblical account of the flood, has been home to one of the oldest civilizations in the world, and has been invaded and conquered by Rome, Persia, the Mongols, Ottoman Turks, and Russians throughout the centuries to name a few.  It is also the first country to formerly declare itself a Christian nation (c. A.D. 300).  Armenia has proven to be a resilient gem refined by the fires of its turbulent history. Now you can visit Armenia and tour the country to see some of its fascinating 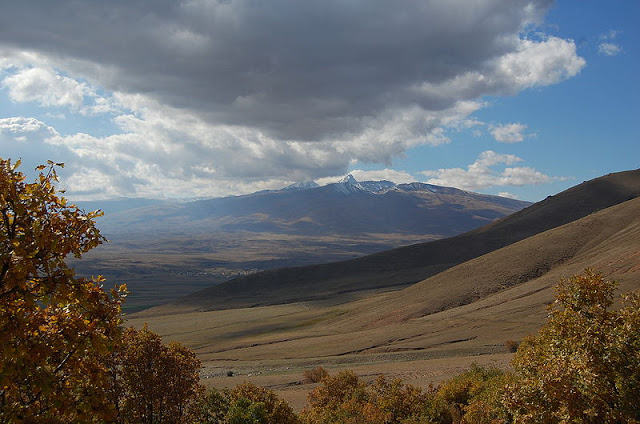 historical sites first-hand.  Since Christianity is such an integral part of the history of Armenia, some of the most visited Armenia tourist attractions are its ancient monasteries.  Here are 4 of the most popular and interesting monasteries you can visit in Armenia.

PLACES TO VISIT IN ARMENIA: MONASTERIES

Geghard Monastery is located in a gorgeous area of the Azat Valley ringed by magnificent cliffs and stands as a beautiful specimen of medieval Armenian architecture.  Originally built in the 4th century, destroyed in the 9th, then 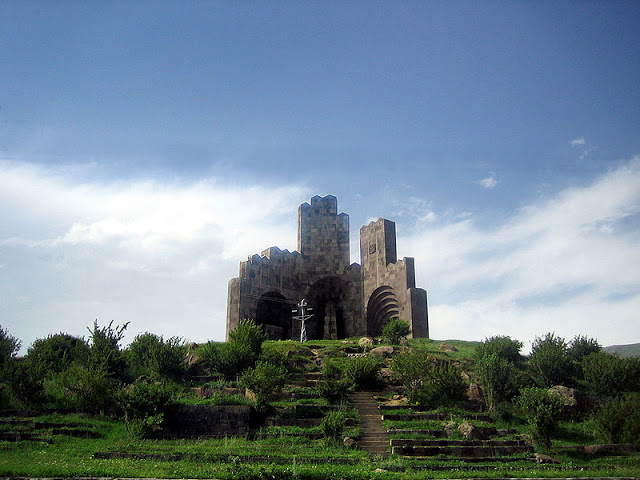 revived again in the 13th century, Geghard Monastery is made up of numerous churches and tombs that are carved into the rock, some with simpler designs and some with intricate detail work.  It is one of the most popular places to visit in Armenia because it once housed the spear that was used to wound Christ on the cross. As you walk up to the monastery, look to the left and you will see caves that monks used to inhabit.  There is also a small steam that runs next to the monastery where you can see a sacrifice site that is still used today to sacrifice sheep and chickens.

These 2 monasteries are located on high plateaus in northern Armenia, are so close to each 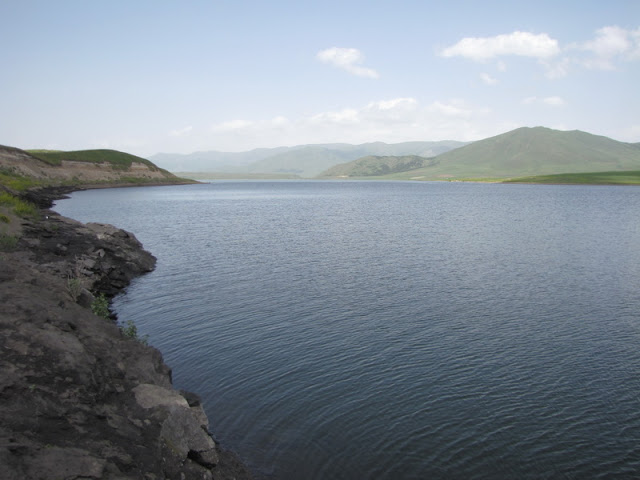 other, and are so architecturally similar that they are often visited together by most travelers.  Listed as UNESCO World Heritage sites, these monasteries once housed as many as 500 monks.  Over the course of several centuries, these monasteries were added upon and now contain as many as 20 churches and chapels, bell towers, sepulchers, galleries, book depositories, refectories, bridges, plenty of dwellings, and more.  Sanahin Monastery in particular has an impressive library that is popular with travelers that tour Armenia.  While the founding date of these monasteries is unknown, evidence suggests they were built in the 10th century.

Khor Virap Monastery is perched on top of a hill like an ancient spiritual sentry in the middle of an open,

flat landscape with a view of the gorgeous Mount Ararat and Little Ararat in the distance. While the view from the monastery alone is enough to make people that tour Armenia want to stop there, it is the monastery’s unique story which has earned it its fame. Khor Virap Monastery has a deep, depressing pit where Grigor Luisavorich (a.k.a. St. Gregory the Illuminator) was held for 13 years.  Kept alive by the secret generosity of Christian women that would sneak him food, St. Gregory was eventually released when he miraculously cured King Trdat III of an unnamed disease.  This brought about the conversation of the king and as a result, the king declared Christianity as Armenia’s official religion (301 A.D.).  To this day you can go down into the chamber where St. Gregory the Illuminator was held for those 13 years.  Due to this amazing historical account, Khor Virap Monastery is one of the top Armenia tourist attractions. 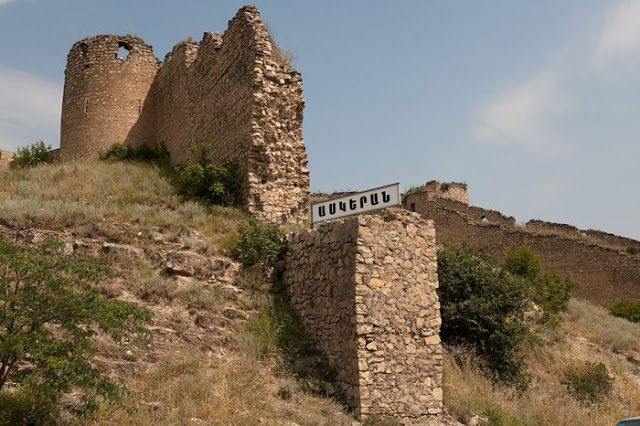 Going to see all of these monasteries is more than doable as long as you plan to tour Armenia for more than a few days.  Each is quite unique and provides excellent examples of ancient Armenia architecture that history lovers will eat up.  At each destination you can find locals selling various souvenirs and snacks nearby during tourist season.  However, if you visit Armenia in fall or winter, you might find yourself to be the only one at these monasteries!  Regardless of when you tour Armenia, prepare yourself for beautiful scenery and to experience the rich history of ancient Armenia through these monasteries.

From
995 €
The price depends on a group size. The price 995 EUR per person is available for groups of 5 people.
More info
Login
Signup
Forgot password?